You are here: Home / Senza categoria / Peshmerga and coalition forces kill a Japanese Emir and many IS militants 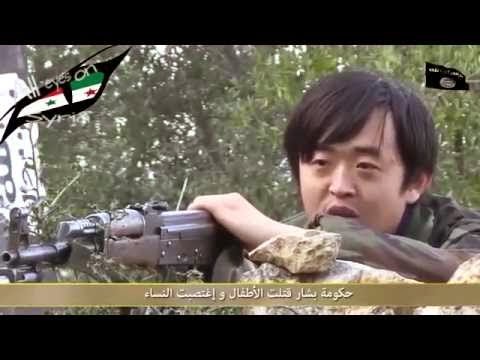 The International coalition jets have targeted IS bases near the Khazir frontline, killing 20 Islamic State (IS) militants and an IS emir [leader].
Khazir frontline Peshmerga Commander Kamaran Hawrami told BasNews, “IS insurgents tried to attack Peshmerga bases in the Kasike area, west of Mosul, but coalition jets targeted IS vehicles and killed 20 insurgents.”
He went on, “An IS emir named Abu Anas, who was supervising an IS attack, was killed during the airstrikes.”
“Peshmerga forces and the coalition are keeping a close eye on IS activities. The insurgents have lost morale and are no longer capable of launching attacks,” said Hawrami.
Kurdistan Democratic Party (KDP) official from Mosul Saed Mamuzini told BasNews that at 9:30 pm on Wednesday, number of IS insurgents launched a surprise attack on Peshmerga bases in Tel Afar Town in northern Iraq, but they were countered and defeated by the Peshmerga.
“17 IS militants were killed and four military vehicles destroyed. 10 of the militants were foreigners,” said Mamuzini.
Elsewhere, Peshmerga Commander on Wanke frontline, south of Duhok, Nayif Harki told BasNews that the jihadists attacked Peshmerga bases on Wednesday, but were immediately repelled.
“In the counter offensive, Peshmerga forces killed a Japanese IS emir and 18 other insurgents,” said Harki.
Patriotic Union of Kurdistan (PUK) official from Mosul Ghayas Surchi reported to BasNews that IS militants also attacked Peshmerga bases from three fronts in Sinjar, northern Iraq, but were halted before they could make any advances.
“At least 10 IS militants were killed during the attacks,” said Surchi.
He revealed that three IS car bombs were prepared for suicide attacks on Peshmerga bases, but coalition jets targeted them before they could get close to the Peshmerga forces.