You are here: Home / Senza categoria / ISIS today dominates Libyan port city of Sirte, that may be used to attack Europe 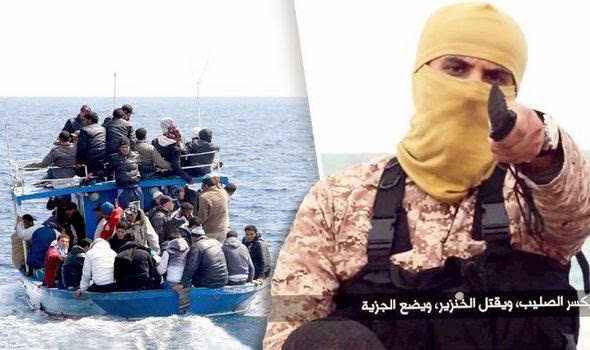 ISIS “has established more than a foothold in this Mediterranean port,” mentions the article. “Its fighters dominate the city center so thoroughly that a Libyan brigade sent to dislodge the group remains camped on the outskirts, visibly afraid to enter and allowing the extremists to come and go as they please.”

Mr. Nayed said ISIS was in control of Sirte (also spelled Surt) and warned that the jihadist group could use the coastal city to launch attacks against Europe, namely Italy.

Nearly four years after the ouster of Col. Muammar el-Qaddafi, Libya’s warring cities and towns have become so entangled in internal conflicts over money and power that they have opened a door for the Islamic State to expand into the country’s oil-rich deserts and sprawling coastline. Libya has become a new frontier for the radical group as it comes under increasing pressure from American-led airstrikes on its original strongholds in Iraq and Syria.

The Obama administration backed the overthrow of Qaddafi in 2011.

Unlike jihadists in Afghanistan, Algeria, Nigeria, Egypt, and Libya’s southern and eastern provinces, who have pledged their allegiance to ISIS, the ISIS faction in Sirte coordinates closely with the parent organization based in Syria, explains NYT.

A recent video showing the beheading of 21 Egyptian Christians taken captive from Sirte appears to have been filmed on the Libyan coast with the blessing of the parent ISIS organization, adds the newspaper.

Mohamed Omar el-Hassan, a 28-year-old who leads an anti-ISIS Libyan brigade, and other local militia leaders told NYT that there may be 200 or fewer ISIS fighters inside Sirte.

ISIS uses its control of the local radio station to attract fighters, according to Mr. Hassan.

“Surt, near Colonel Qaddafi’s birthplace, was the site of his last stand in 2011, when rebels from the city of Misurata joined a battle that destroyed much of the city,” mentions the article. “They ultimately captured Colonel Qaddafi and killed him.”

The Misuratan brigades that moved into the port city in 2011 eventually became the extremist group Ansar al-Shariah of Sirte.

That group eventually split up over pledging loyalty to ISIS. Those who did emerged as the dominant players, explains The New York Times.

Suliman Ali Mousa, a 58-year-old fighter, suggested that ISIS in Sirte was made up of Qaddafi loyalists.