You are here: Home / Africa / “Help Boko Haram in Nigeria if you can’t get to Iraq and Syria” 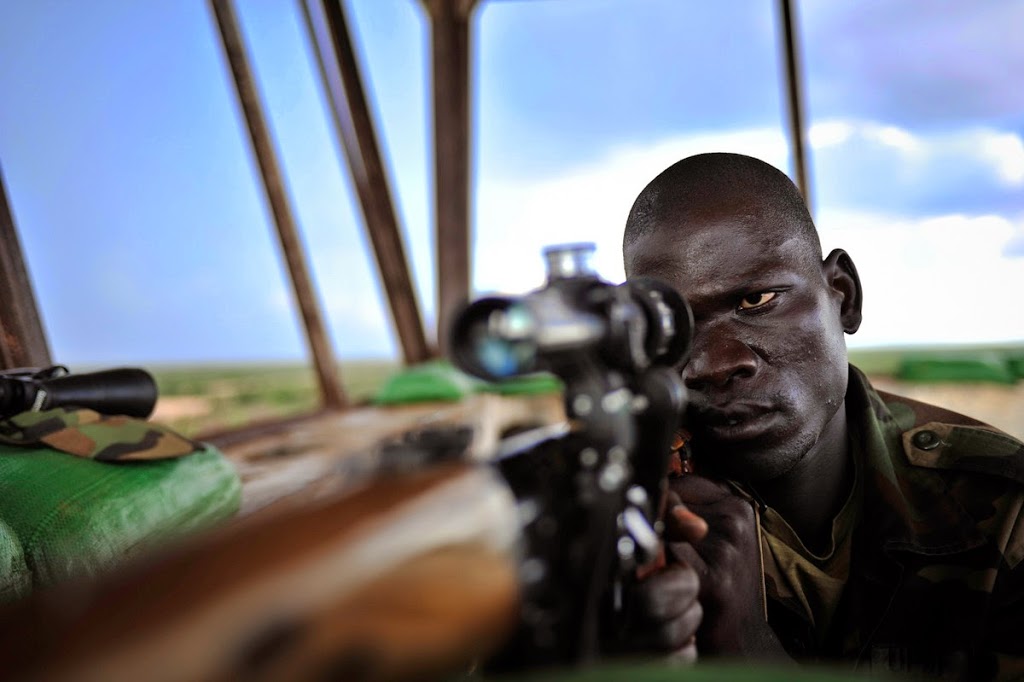 Islamic State of Iraq and Syria (ISIS) militants have accepted a pledge of allegiance by the Nigerian-grown Boko Haram extremist group, a spokesman for ISIS said Thursday.

The development comes as both movements, which are among the most ruthless in the world, are under increasing military pressure.

ISIS seized much of northern and western Iraq last summer giving it control of about a third of both Iraq and Syria. But it is now struggling against Iraqi forces seeking to recapture Saddam Hussein’s hometown of Tikrit, while coming under fire from U.S.-led coalition air strikes in other parts of the country and in Syria.

Boko Haram, meanwhile, has been weakened by a multinational force that has dislodged it from a score of northeastern Nigerian towns. But its new Twitter account, increasingly slick and more frequent video messages and a new media arm all were considered signs that the group is now being helped by IS propagandists.

Then on Saturday, Boko Haram leader Abubakar Shekau posted an audio recording online that pledged allegiance to ISIS. On Thursday, ISIS’s media arm Al-Furqan, in an audio recording by spokesman Abu Mohammed al-Adnani, said that Boko Haram’s pledge of allegiance has been accepted, claiming the caliphate has now expanded to West Africa.

Al-Adnani had urged foreign fighters from around the world to migrate and join Boko Haram.
“We announce our allegiance to the Caliph of the Muslims … and will hear and obey in times of difficulty and prosperity, in hardship and ease, and to endure being discriminated against, and not to dispute about rule with those in power, except in case of evident infidelity regarding that which there is a proof from Allah,” said the message.

J. Peter Pham, director of the Africa Center at the Atlantic Council, a think tank in Washington, noted the Islamic State group’s quick acceptance of Boko Haram’s allegiance and said that the bond highlights a new risk.

“Militants finding it increasingly harder to get to Syria and Iraq may choose instead to go to northeastern Nigeria and internationalize that conflict,” he said.

The Boko Haram pledge of allegiance to ISIS comes as the militants reportedly were massing in the northeastern Nigerian town of Gwoza, considered their headquarters, for a showdown with the Chadian-led multinational force.

Boko Haram killed an estimated 10,000 people last year, and it is blamed for last April’s abduction of more than 275 schoolgirls. Thousands of Nigerians have fled to neighbouring Chad.

The group is waging a nearly six-year insurgency to impose Muslim Shariah law in Nigeria. It began launching attacks across the border into Cameroon last year, and this year its fighters struck in Niger and Chad in retaliation to their agreement to form a multinational force to fight the militants.

Boko Haram followed the lead of ISIS in August by declaring an Islamic caliphate in northeast Nigeria that grew to cover an area the size of Belgium. ISIS had declared a caliphate in vast swaths of territory that it controls in Iraq and Syria.

The Nigerian group has also followed ISIS in publishing videos of beheadings. The latest one, published March 2, borrowed certain elements from ISIS productions, such as the sound of a beating heart and heavy breathing immediately before the execution, according to SITE Intelligence Group.

In video messages last year, Boko Haram’s leader sent greetings and praise to both ISIS leader Abu Bakr al-Baghdadi and leaders of al-Qaeda. But Boko Haram has never been an affiliate of al-Qaeda, some analysts surmise because al-Qaeda considers the Nigerians’ indiscriminate slaughter of Muslim civilians as un-Islamic.

Recent offensives have marked a sharp escalation by African nations against Boko Haram. An African Union summit agreed on sending a force of 8,750 troops to fight Boko Haram.