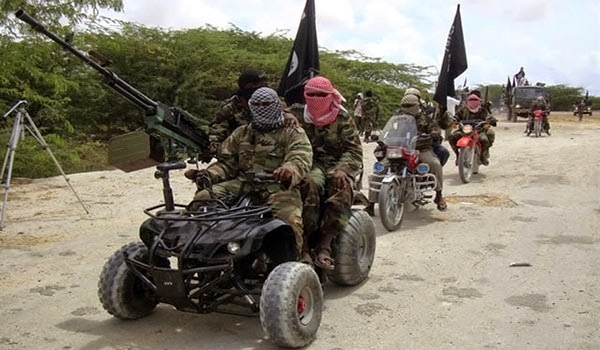 Boko Haram terrorists captured the Northeastern town of Monguno, including a military base, after a fierce battle with Nigerian troops, security sources said.

“Monguno has fallen, Monguno has fallen,” said a senior military officer, who asked not to be identified because he was not authorized to talk to the media, AFP reported.
“We fought them all night long but they took over the town, including the military barracks there,” he said.
Another security source confirmed that the Takfiri militants had taken over the town, which lies some 137 kilometers (85 miles) from the Borno State capital, Maiduguri.
“It is true our troops lost Monguno to Boko Haram. They have taken over the town and the military barracks.
“Our troops had to withdraw after fighting the terrorists for several hours. They came in full force and at the end overpowered our men”, he said.
He said troops were making efforts to reclaim the town and the barracks.
“Our fear now is that families of some of our men are trapped in the barracks and of course, the locals, including men and women and children need to be rescued,” he said.
“We also have fighting equipment there and it will be dangerous to leave them at the mercy of the terrorists,” he said.
Hundreds of Boko Haram militants had staged a pre-dawn strike on Monguno, causing terrified locals to flee as soldiers massed.
Defense Spokesman Chris Olukolade confirmed the seizure of Monguna, but said calm had returned to Maiduguri and Konduga — two other cities — also attacked by Boko Haram terrorists on Sunday.