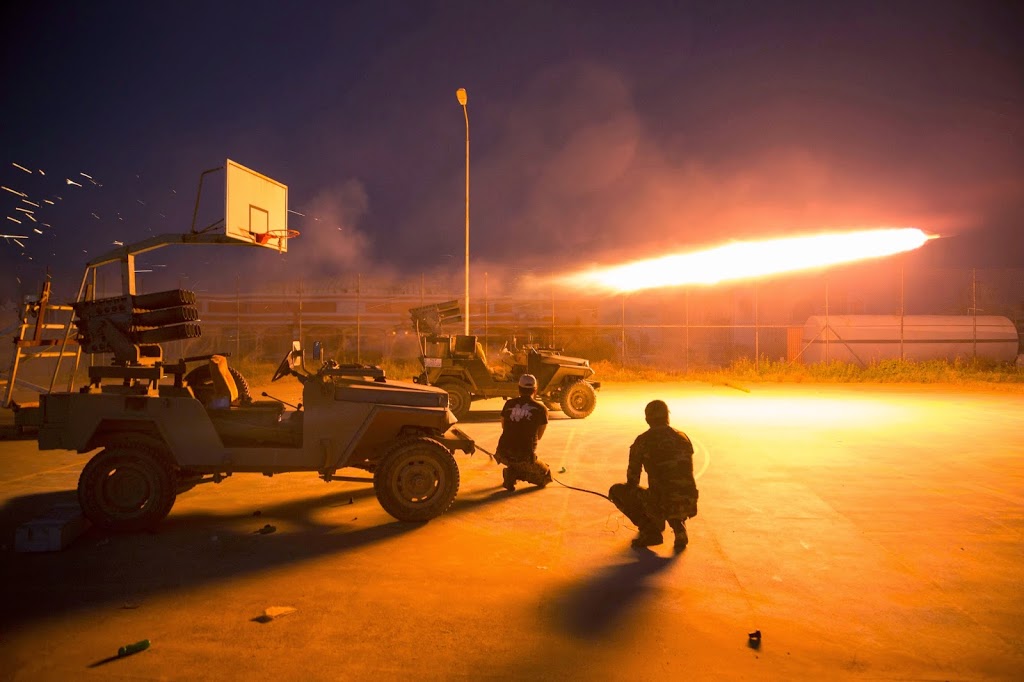 Thousands of Iraqi forces have laid siege to jihadists holed up in Tikrit but the Islamic State of Iraq and the Levant (ISIL) shrugged off setbacks by welcoming Nigeria’s Boko Haram group into its “caliphate”.

After making major gains in and around the city Wednesday, commanders were confident that Baghdad’s biggest victory yet against ISIL was only a matter of time.

“Now we are moving to the second phase of our plan,” Defence Minister Khaled al-Obeidi told reporters in Salaheddin province, of which Tikrit is the capital.

“We are very keen for our losses to be as low as possible. Time is on our side, we have the initiative,” he said Thursday, the 11th day of the offensive.

No one involved has provided casualty figures since the start of this latest and largest operation to retake Tikrit, which has been in ISIL hands since June.

But dozens of bodies are being driven south to Baghdad and the Shiite holy city of Najaf almost every day and, while government forces have had the upper hand, ISIL has done damage with suicide car bombs, booby traps and snipers.

“We don’t want to be rushed because we want to avoid casualties,” police Staff Major General Bahaa al-Azzawi told AFP in Albu Ajil, a village from which Tikrit can be seen across the Tigris River.

“Tikrit is sealed off from all sides,” he said.

All towns and villages on the river’s eastern bank were under the control of anti-ISIL forces Thursday.

Black and white ISIL flags on walls had been painted over with slogans cursing the jihadist group or praising Shiite militia groups.

Tikrit is on the west bank and, until sappers throw floating bridges across the river, the nearest bridge is in Samarra, nearly 50 kilometres (30 miles) to the south.

Tikrit was the hometown of dictator Saddam Hussein, remnants of whose Baath party collaborated with the jihadists when they took over almost a third of the country last June.

With crucial military backing from neighbouring Iran and a 60-nation US-led coalition, Baghdad has rolled back some of the losses.

It started with operations to secure the Shiite holy cities of Karbala and Najaf and bolster Baghdad’s defences, then worked its way north, retaking Diyala province earlier this year.

Commanders see the recapture of overwhelmingly Sunni Arab Tikrit as a stepping stone for the reconquest of second city Mosul further north, which once had a population of two million.

Analysts say the battle for Tikrit is also a key test of how well the regular army can work with the myriad of militia groups and prevent reprisals against Sunnis.

The defence minister, himself Sunni, said he was impressed with the level of cooperation and played down concerns that victory in Tikrit could further alienate the minority community.

“What caught my attention and was very positive, was that I met a number of fighters, maybe more than 250, who are all sons of Tikrit,” he said.
”
It sends a very positive message to the Iraqi people and lifts the spirit of the security forces.”

US Secretary of State John Kerry was due to discuss the ongoing fight against ISIL with President Abdel Fattah al-Sisi on the sidelines of an investment conference in Sharm el-Sheikh in Egypt later Friday.

ISIL has countered every military loss lately by ramping up its propaganda war with ever more shocking videos of child fighters executing prisoners or of the destruction of some of the world’s most precious heritage sites.

On Thursday, the group released an audio recording presented as a speech by top ISIL spokesman Abu Mohammed al-Adnani in which he formally welcomes Boko Haram into the ISIL fold.

Boko Haram had pledged allegiance to ISIL on Saturday but the move had yet to be formally accepted by ISIL supremo Abu Bakr al-Baghdadi for the Nigerian extremist group to become part of the “caliphate”.

“We announce to you to the good news of the expansion of the caliphate to West Africa,” Adnani said.

He insisted the group was “sure of its victory” regardless of the challenges.

“God is on our side and give us the strength to combat this armada of Crusader countries,” he said.

The group also released a video in which eight men from the region along the Euphrates River straddling Iraq and Syria are beheaded.

The video gives their names and accuses them of spying for a Syria-based rebel group opposed to ISIL, of supplying intelligence to the Iraqi forces and of torturing an ISIL member.

In Syria, where ISIL has also seized swathes of territory, more than 50 regime soldiers and jihadists were killed in heavy fighting in Latakia, President Bashar al-Assad’s home province, the Syrian Observatory for Human Rights said.