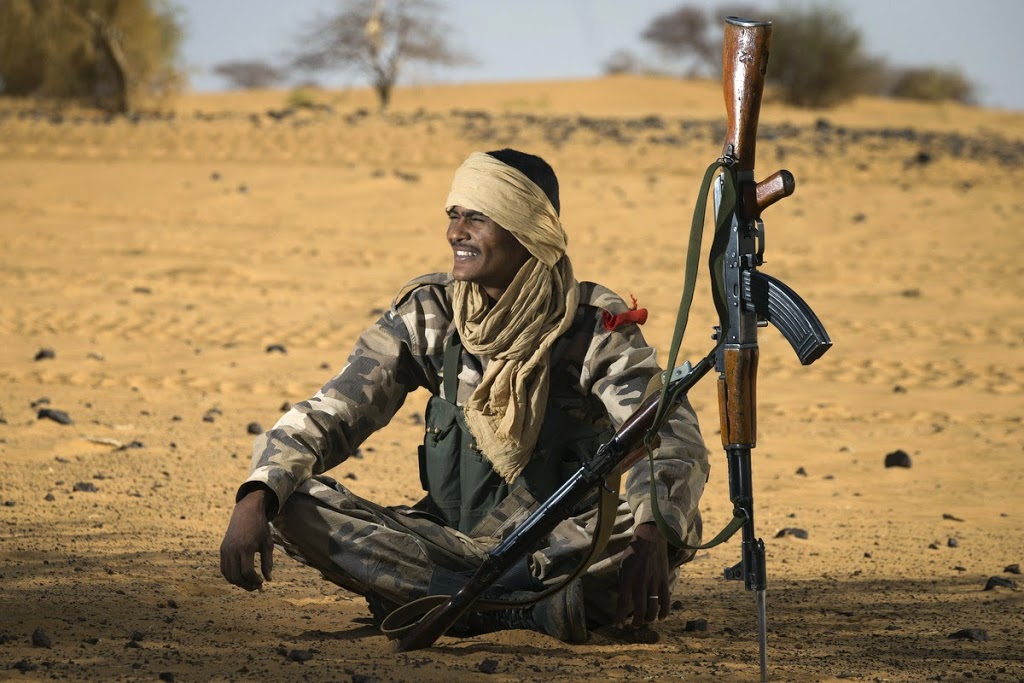 A suspect in last week’s attack on a restaurant popular with foreigners in Mali’s capital was killed while resisting arrest by special forces, officials said Friday.

The suspect, identified as Mohamed Tanirou Cisse, is believed to have served as a driver in the March 7 attack on La Terrasse that killed five people – three Malians, one French citizen and one Belgian national, said army commander Modibo Naman Traore.
“He who was killed is the driver who transported the commando who shot La Terrasse,” Traore said.
A local official, who spoke on condition of anonymity because he was not authorized to brief the press, said the suspect resisted arrest as special forces pursued him early Friday morning.
Traore said four special forces officers were injured by grenade fragments, and that an AK-47 assault rifle and 700 rounds of ammunition were recovered from the room where the suspect was staying.
The local official said there were two dead, and one witness said there were three dead including security forces. These fatalities could not be confirmed.
Witnesses gave conflicting reports of how many people were involved in the March 7 attack, the first of its kind in Bamako.
Al Mourabitoun, or The Sentinels, a northern Mali jihadist group allied with al-Qaida, quickly claimed responsibility for the attack, according to a Mauritanian news website that often receives messages from Malian extremists.
Officials had long feared an attack in Bamako, in the south. Mali’s northern half came under the control of al-Qaida-linked Islamic extremists following a military coup in 2012. A French-led intervention in early 2013 scattered the extremists, though the north remains insecure.
Security has been ramped up in the city’s government district and outside diplomatic missions in the last week, and cars approaching ministry buildings are thoroughly searched.
The city remains on edge, however, and experts question whether the security forces can prevent future attacks.
“These security measures can’t prevent a future attack in Bamako for the simple reason that the enemy is not clearly defined,” said Pierre Bertet, an independent security consultant.