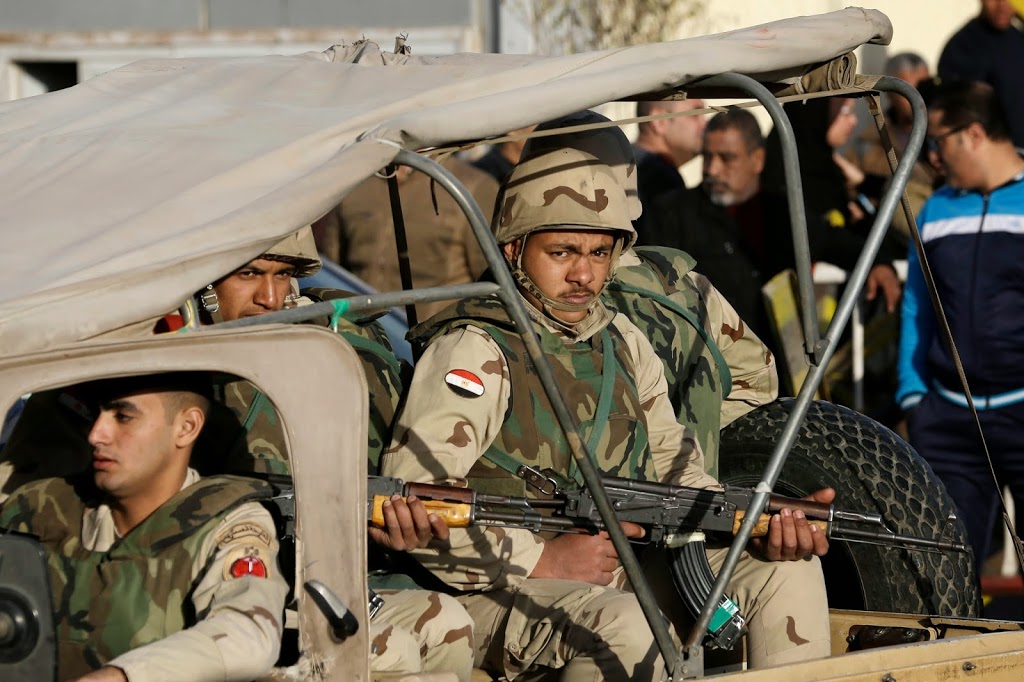 Forty-five militants were killed in army raids in the past week in Egypt, the military said on Sunday.
97 wanted and suspected militants were arrested, while 25 militants’ headquarters were destroyed in the period from March 8-15, army spokesperson Brig General Mohamed Samir said.
He also added in his statement that 71 vehicles and motorcycle used by militants in their attacks against police and army personnel were destroyed.
Egypt’s Sinai has witnessed many violent attacks by militants since the January 2011 revolution that toppled the ex-president Hosni Mubarak.
The attacks targeting police and military increased after the ouster of Islamist ex-president Mohamed Morsi in 2013.
Over 500 security personnel have been reported killed since then.
The military has launched security campaigns in the area, arrested suspects and demolished terrorist bases, including tunnels leading to the Gaza Strip.