You are here: Home / Senza categoria / Islamic State will leave Mosul without a fight: prophet visited Caliph  in a dream, and asking him to leave 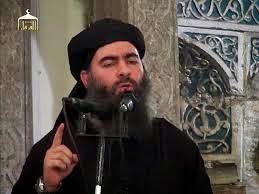 Rumours are spreading throughout the city of Mosul in northern Iraq that Islamic State (IS) Caliph Abu Bakr al-Baghdadi intends to leave Mosul before any clashes take place.
A source inside Mosul told Iraqi local media that following Friday prayers, a rumour spread about the future of the city.
According to the rumour, al-Baghdadi saw the prophet Mohammed in a dream in which the prophet asked him to leave Mosul without fighting forces against IS so as to not suffer any loses.
Mosul residents have apparently greeted the rumour optimistically, and now wait for zero hour in an operation to liberate their city.
Some residents, however, do not believe the rumour. They believe that it is propaganda trying to show al-Baghdadi as a true Muslim, and persuade people to be more patient with the struggles they face.