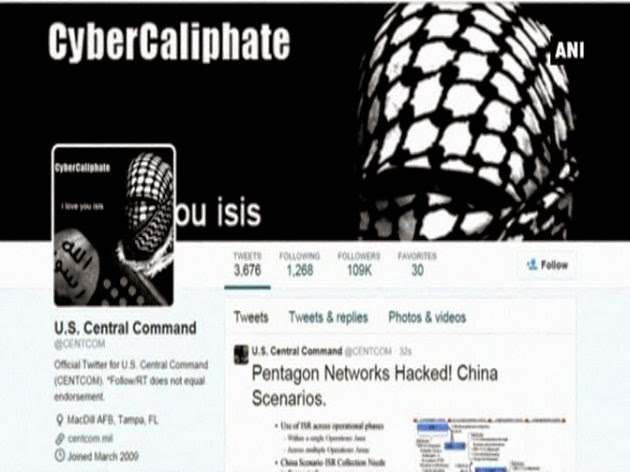 Social media has become a popular vector for Islamic jihadists to spread their message and entice recruits, as we’ve seen recently with ISIS’s use of Twitter to lure young men and women from Britain and Canada to Syria.

But an argument has raged in intelligence circles on how to counter social media’s power, whether it’s even possible or even desirable.

The co-author of a recent report by the Brookings Institution study on ISIS’s use of Twitter argues it’s not only possible but also effective.

J.M Berger, a research fellow at the Washington-based think tank, said Twitter’s recent crackdown on accounts related to ISIS and its supporters did much to degrade its ability to reach outside the group’s smaller community.

But there’s been little discussion on the topic among the companies that operate social-media platforms such as Twitter, Facebook, YouTube and Google Plus, government and others, including free-speech advocates and those working to counter violent extremism, Berger told Yahoo Canada News.

“What really needs to happen is the stakeholders in this … all need to get together in a room and really have an airing of this issue,” said Berger, whose book on ISIS is coming out this month. “I think the main obstacle to that happening right now is the social media companies.”

The research report for Brookings by Berger and Jonathon Morgan analyzed thousands of ISIS-related Twitter accounts, estimating the group and its friends had 46,000 and perhaps as many as 90,000 accounts in the main sampling period between September and late December 2014.

Their research coincided with a major push by Twitter to suspend accounts tied to ISIS. They analyzed the languages used, subject matter, embedded geo-location information, retweeting patterns and the presence of app- and bot-generated tweets.

When it comes to social media, Berger hates the “whack-a-mole” analogy, used he says by those who think it’s fruitless to even try to root out the jihadists’ message. Berger said the position has not been backed by hard evidence.

“It’s been a battle of opinions for a long time without any data to inform it.”

“In a very broad sense we talked about the fact that the suspensions that are currently going on are having a detrimental effect on ISIS’s ability to carry out its strategies,” Berger said.

“There’s a pretty substantial presence of ISIS supporters on Twitter and their content continues to be available, but they’ve lost the ability to broadcast that content out into a wider audience and that’s a pretty significant change.”

The data showed Twitter’s large-scale account suspensions have a substantial impact on how well ISIS’s social-media network can achieve its goals, Berger said.

“Nobody’s trying to completely remove them from the platform,” he said. “If they really wanted to, they could probably knock it down to a couple hundred accounts and keep it there but it would require resources and a commitment that they’re not interested in making for various reasons.”

While U.S.-headquartered social-media companies co-operate with law enforcement when courts compel them, Berger said politicians have been frustrated they are not more aggressive at excising error-related content.
The response from companies like Twitter is they don’t actively monitor content but rely on reports from other users when something violates the content rules contained in the platform’s terms and conditions.

The problem, he said, is they have not been forthcoming on how they apply those content rules.