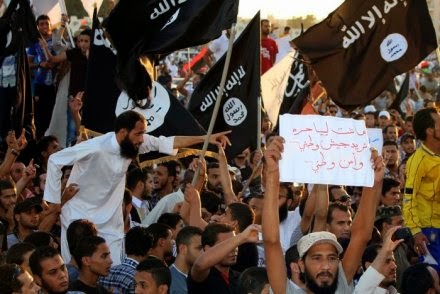 Militants loyal to the Islamic State (IS) group have attacked a checkpoint near the Libyan capital.

The explosion at the checkpoint next to a Janzour security building, west of Tripoli, reportedly wounded five policemen.

Islamic State militants published on social media a picture of a security building next to the checkpoint which they said was the location of Sunday’s bomb attack.

The explosion comes days after a similar attack on a police station in the capital.

A second explosion took place in a suburb of the western city of Misrata, a resident said.

He said the blast appeared to have been triggered by a car bomb and killed one person but no more information was immediately available.

Misrata, Libya’s third-largest city, is the power base of a faction called Libya Dawn which seized Tripoli in August, forcing the internationally recognised government to the east.

Groups of Islamist militants, who have declared loyalty to IS over the past six months, have been exploiting chaos in Libya, where two governments allied to armed factions are vying for power four years after the overthrow of dictator Muammar Gaddafi.

They claimed responsibility for an attack on the Corinthia luxury hotel in Tripoli in January, which killed five foreigners and at least four Libyans, as well as an attack on a group of Egyptian Copts in the central city of Sirte, triggering air strikes by Egypt.

The site of Sunday’s explosion is close to the Palm City compound, once a popular place of accommodation for diplomats until last year when most left due to the deteriorating security situation.