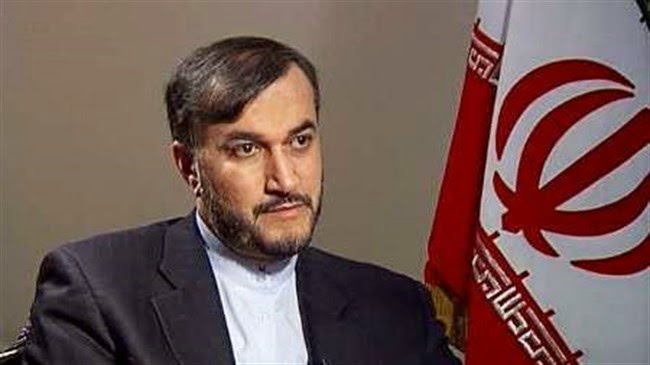 Hossein Amir-Abdollahian, deputy foreign minister for Arab and African affairs, also said on Friday, “We will stand by the Yemeni people in the battle against terrorism and help [foster] economic prosperity across Yemen,” Press TV reported.

Amir-Abdollahian added that a Yemeni economic delegation held important talks with representatives of Iran’s economic and private sectors during its visit to Tehran earlier in March.The official noted that Iran would help Yemen develop its infrastructure while Tehran and Sana’a would also strengthen cooperation in trade and economic fields.

“Tehran respects Yemen’s independence, sovereignty, territorial integrity and national unity, and underscores the continuation of national broad-based negotiations and fight terrorism in the country,” he said.

Amir-Abdollahian emphasized that foreign interfering powers and terrorists have no place in the future of Yemen.

“International organizations based in the Middle East and the international community are expected to make serious efforts to improve security and welfare for the Yemenis,” he said.

The official noted that Tehran stresses the importance of improving regional cooperation while consultation with regional countries about developments in Yemen and ways to help the country top Iran’s agenda.

Iran has repeatedly warned against attempts to sow discord in Yemen, saying that Tehran supports unity and solidarity in the Arab country.