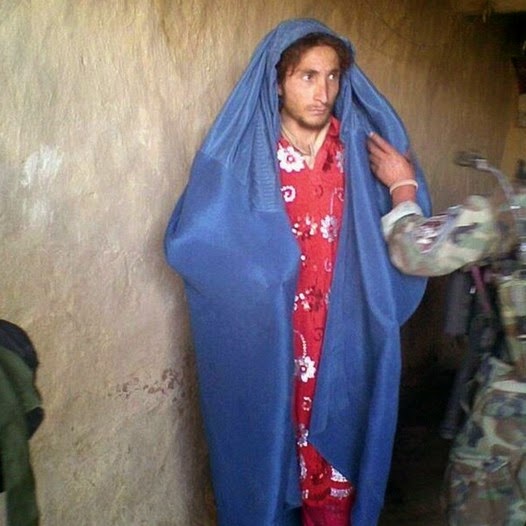 As Islamic State-driven violence rages on in Iraq, people are using any means possible to escape, and for some that means dressing in drag.

On Monday, the Iraqi army arrested 20 male Islamic State members dressed as women in the northern city of Baquba, according to spokesman Ghalib al-Jubouri.

The arrested used a number of creative ways to pull off a realistic female disguise, as seen in the pictures originally posted on Instagram.

Underneath the robes and veils, the men put on makeup, wore dresses and some even wore women’s bras. Others put on makeup but chose not to shave their facial hair.

The men were desperately attempting to flee the fighting in Tikrit, which Iraq’s military only managed to take back from Islamic State six days ago.

It is unclear what will be the fate for the Islamic State members now that they are in police custody.