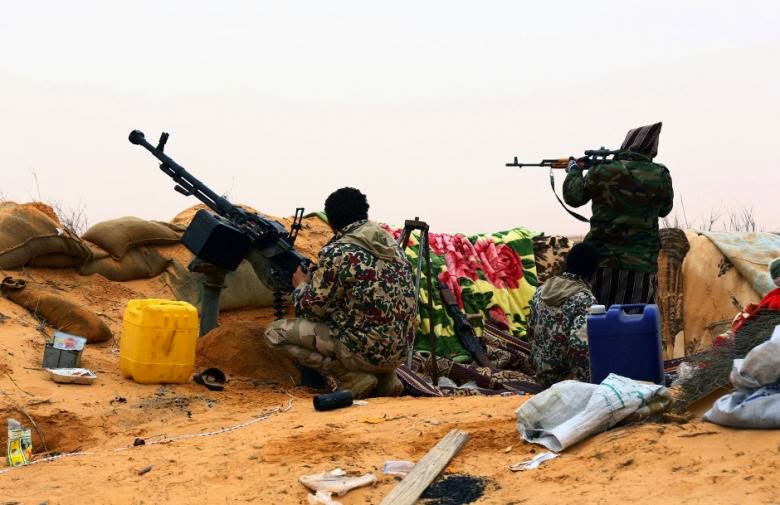 One Libya Dawn combatant has been killed in a Misrata car bomb explosion, believed to have been retaliation for attacks on Islamic State (IS) positions in Sirte yesterday.
The bomb exploded outside a 166 Battalion base in the Libya Dawn stronghold last night. The only casualty from the attack has been identified as Mahmoud Al-Shaoush, a member of the battalion, Reuters news agency reported.
The online news portal Bowabat Al-Wasat claimed the blast originated from a gold Hyundai which had been parked outside the brigade headquarters for several hours before the explosion.
While no group has come forward to claim responsibility for the bombing, yesterday 166 Battalion said it had inflicted heavy casualties on Islamic State in Sirte. It was the first time Misratan forces had clashed with the extremist group.
However, IS has said it orchestrated another bomb attack on a Tripoli police checkpoint last night. It made the claim on social media, posting a picture of the site. Initial reports of one individual killed in the attack and five wounded have since increased to two dead and five wounded.
Meanwhile, a series of pictures have been posted on pro-Islamic State websites claiming to show the destruction of one of 166 Battalion’s camps in Sirte.
There have been unconfirmed reports of sporadic clashes inside the town today. The Pro-Dawn Libya Observer has claimed that 166 Battalion forces killed six IS fighters at  a checkpoint in Sirte’s southern Abu Hadi district.
Studies at Sirte University have been suspended in light of the security deterioration over the last two days.
In a statement, a group identifying itself as the “Joint Force of Misrata Brigades” has said it will embrace the decision by the rump General National Congress (GNC) to create a national guard.
It said the proposal was a an “important step towrads building a national army including all the honourable rebels who aim to protect goals of 17 Feb revolution”.
The brigades supplied their own list of eight criteria for the leaders of such a force, explaining: “The national guards should be headed by national figures who do no relate to political parties, as some parties propagandise and promote controversial figures.”
The statement may be an effort by Misratan forces to distance themselves from IS whose presence they had, up until now, permitted in Sirte.
Misratan Libya Dawn forces claimed to have killed 17 Islamic State fighters and lost two of their own, in yesterday’s fierce battles in Sirte.
In recent months IS forces have established bases in Sirte, Derna and Nawfilya, a small settlement south-east of Sirte. In February IS in Sirte posted images showing the execution of 21 Christians, 20 from Egypt, apparently on the Sirte shoreline. Egypt launched retaliatory air strikes. Earlier this month gunmen, believed to be IS, beheaded 8 Libyan guards and kidnapped 9 foreign hostages from Al-Ghani oilfield, south east of Sirte.
Yesterday’s clashes bring to an end a tacit ceasefire between Libya Dawn forces outside the town and IS units within. Several journalists who visited the area this month reported that Misratan units maintain checkpoints around the town. However,  IS units are inside, holding sites including the central Ouagadougou conference hall, from which a black IS flag has been draped.
Libya Dawn said it had previously held back from a direct assault on the town for fear of civilian casualties. It also seems to be concerned about its military capacity being overstretched, by involvement in the stalled attack on Sidra and deployments to the south at Sebha and to the west of Tripoli.