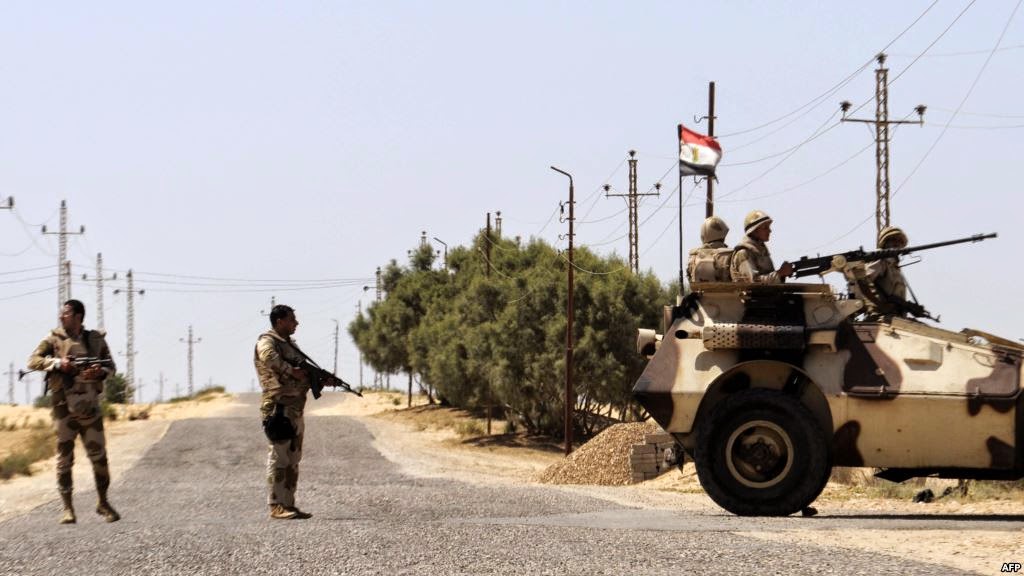 Egyptian forces engage in an increasingly intense fight with Islamic Caliphate-linked terrorists in the Sinai, and as violence continues on a weekly basis it raises the risk of U.S. troops eventually becoming involved in it since they are stationed in the area as part of a longstanding peacekeeping force.

The New York Times reported on March 16 that the Islamic Caliphate-linked Sinai Province (formerly known as Ansar Bayt al-Maqdis) claimed to have captured the engine of an M60 tank from the Egyptians. The Egyptians denied this. The M60 is an American-made tank but was retired from service in the U.S. in the 1990s. Other nations, such as Egypt, still use it.

The Telegraph reported on two attacks on March 10 that killed at least two people, while Reuters reported on March 12 that a small-arms attack on Egyptian forces left three troops wounded. No group had claimed any responsibility for the attacks as of the time of this article.

Al-Arish is near the North Camp of the Multinational Force and Observers, which is located approximately 40 km away at el Gorah. U.S. troops, such as the 1st Squadron of the 112th Cavalry Regiment (Texas National Guard), are stationed at North Camp and other sites throughout the Sinai.

MFO troops are not involved in the fight against terrorists in Egypt. However, as attacks against Egyptian security forces and other targets in the Sinai continue, the chance of an attack eventually striking a U.S. or other MFO troop grows.

And if that occurs media attention would instantly focus on Egypt, which in turn would focus the attention of pundits and politicians on it. A debate would then occur on what the U.S. response should be and the U.S. might eventually decide to become more heavily involved in yet another theater of operations.
MFO is a peacekeeping force of many nations, including the U.S.

It was created following the 1979 Egyptian-Israel peace treaty and its mission “is to supervise the implementation of the security provisions of the Egyptian-Israeli Treaty of Peace and employ best efforts to prevent any violation of its terms.”