You are here: Home / Senza categoria / Saudi Arabia: 1500 security elements trained to repel the terroristic attacks on the border with Iraq 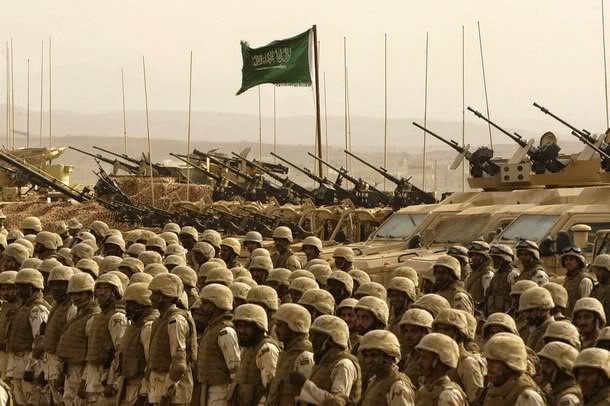 1500 Saudi security men for a Presumption terrorist attack on “Suef” border port with Iraq, within the framework of the first tactical common exercise (homeland 85)

carried out by the Internal Security Forces, with the follow-up of Crown Prince and Interior Minister, Prince Mohammed bin Nayef
.
According to the Saudi Press Agency (SPA), “the activities of the exercise included a field operation organization to repel an attempt to storm terrorist elements backed by cars to port border land of the Kingdom, with the participation of (1500) security man representing sectors: border guards, private security, emergency, security patrols, security facilities, aviation security, civil defense, passports, the center of command and control of the Interior Ministry, the Supreme Commission for Industrial Security and the Customs Department, was evacuated to monitor the movements of these elements, during the assault on a border port simulates reality in its design and public facilities, and deter them successfully”.

During this process, passengers and staff were evacuated from the port that was exposed to a terrorist attack after the arrest of terrorist elements, as well as the evacuation of vulnerable residential areas of the dangers that may result from the security forces to deal with terrorist elements, sheltering them, to save those affected, search for the missing and rescue the injured, including firefighting and re-situation to what it was before the attack
.
The implementation of security hypotheses included, conducting joint security exercises designed to develop security personnel skills in the implementation of various functions, the use of tools and techniques and support mechanisms, including fitness training, archery, and follow-up procedures, monitoring and control, according to SPA
.
The first of its kind exercise has been carried out by the internal security forces in Saudi Arabia, after about two and a half months of the terrorist group that attacked a Border Police patrol near the border with Iraq, killing the commander of the border guards of the northern region, Brigadier Awda Mouawad Balawi in addition to two soldiers, and wounding director of operations in Saudi border guards, Brigadier ,Salim al-Anzi