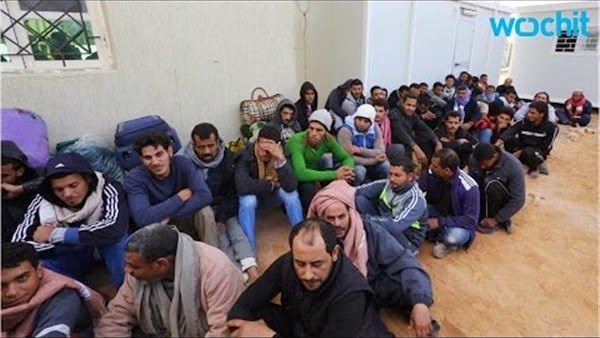 Families fled Libya’s coastal city of Sirte in their dozens on Monday after two days of clashes between Islamic State militants and fighters loyal to a government based in Tripoli, with the violence set to escalate, according to witnesses.

Families were seen packing into cars and heading westwards along the coast for Misrata, the stronghold of Libya Dawn, the armed group that backs the government in the capital, Tripoli. Some 20 cars evacuated staff from a hospital.

One resident leaving the city said Islamic State had told them that more fighting was likely in the next few days. Fuel was running short in Sirte while some shops had closed, he said.

The region east of Sirte, towards Benghazi, has been a battlefield since December when Libya Dawn tried to seize Libya’s biggest oil ports, Es Sider and Ras Lanuf, which are held by forces loyal to the internationally recognized government of Prime Minister Abdullah al-Thinni in the east.

Reinforcements from Misrata could be seen arriving on Monday on the outskirts of Sirte – the birthplace of Muammar Gaddafi, who was ousted four years ago after decades in power.

Islamic State has exploited turmoil in Libya, a major oil producer, where Thinni’s government and the administration in Tripoli and their respective allies are fighting for power.

Militants loyal to Islamic State have taken over government buildings, a hospital and the university in Sirte and at the weekend fought near the city with Libya Dawn forces, although there was no major confrontation in the city center, residents said.

On Sunday, a car bomb exploded in Misrata at the headquarters of a force sent to fight Islamic State in Sirte. Misrata has largely been spared the kind of violence gripping other parts of Libya. There was no claim of responsibility.

Militants loyal to Islamic State have claimed responsibility for an attack on the luxury Corinthia hotel in Tripoli in January, as well as the killing of a group of Egyptian Copts from Sirte that triggered air strikes by Egypt.