You are here: Home / Senza categoria / A state that splits itself: southern provinces announce independence from central Yemeni government 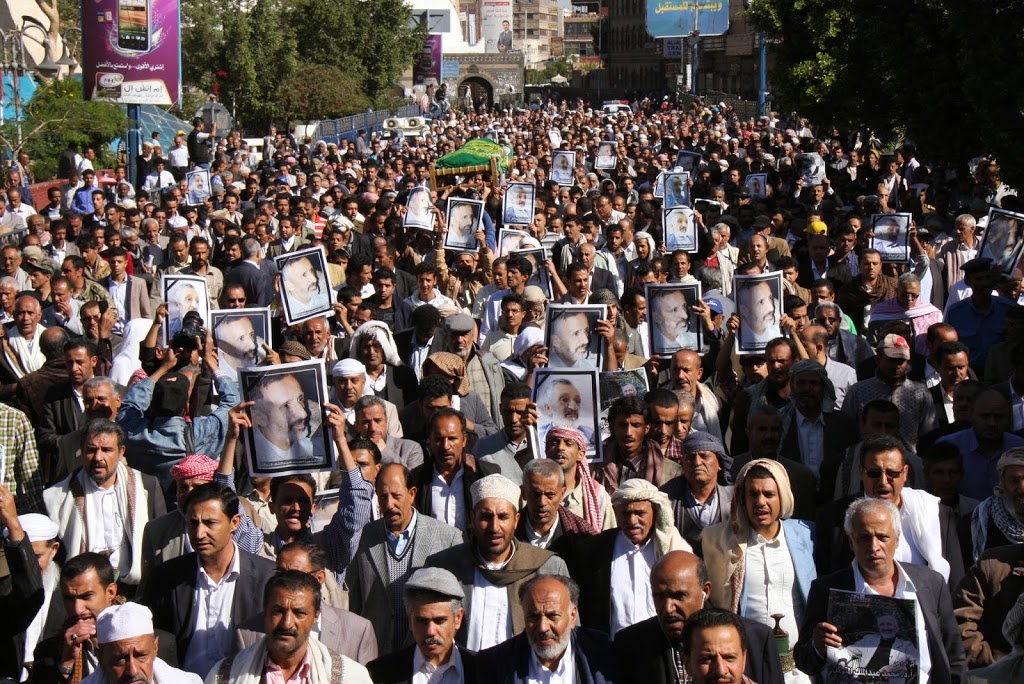 This comes after Yemeni President Abd Rabbuh Mansur Hadi and the country’s government headed by premier Khaled Bahah resigned last Thursday, following pressure from the Houthi movement whose armed members have been surrounding the presidential palace compound and Hadi’s home.

Yemen’s parliament was due to make a decision on Sunday on whether to accept Hadi’s resignation, but state news agency SABA announced on the same day that the meeting had been postponed.

A number of MPs, particularly from southern provinces, have called for a boycott of the meeting. They say in light of the “occupation” of the capital, the parliament should be moved outside Sana’a.

Fuad Abdul Karim, an MP for the port province of Aden, told Asharq Al-Awsat that he and all MPs from the southern province would be boycotting the meeting.

Meanwhile, Mohamed Naji Alaw, another MP, told Asharq Al-Awsat that the current parliament no longer had any legitimacy and that President Hadi had made a mistake by resigning. Alaw suggested Hadi withdraw his resignation and remain in office, on the grounds that he has a mandate from the Yemeni people based on the outcomes of the National Dialogue Conference, drafted in January 2014 to decide on Yemen’s future.

“Parliament today is a consensus-based body that cannot hold session without a certain number of MPs present. It doesn’t have the power to accept or reject [Hadi’s decision] in the first place. For this reason, the calls for this meeting are null and void and incorrect,” Alaw said.

“This is in addition to the national situation, where we see calls for boycotting the meeting by MPs from southern provinces . . . Parliament has no authority to make a decision on the president’s resignation without his presence,” he added.

Demonstrations were held on Saturday and Sunday to protest Hadi’s decision and the Houthi takeover of parts of the country, with tens of thousands of Yemenis joining in what were the largest protests in the country since the Houthis took control of Sana’a in September 2014.

Eyewitnesses told Asharq Al-Awsat that more than 10,000 people marched towards Hadi’s home, where he is now under virtual house arrest. They said armed Houthis arrested dozens of the marchers and dispersed the rest with sticks and batons and by firing live ammunition into the air.

Similar protests are being held throughout the country.

Abdul Bari Tahir, a Yemeni political researcher, told Asharq Al-Awsat the protests were widespread and represented a rejection by the Yemeni people of the Houthis’ control of the country.

“There is no doubt these are popular and civil protests with clear political aims which call for a solution to the current crisis without a coup taking place. This is a rejection of the weakening of the state and the sabotaging of its legitimacy represented by President Hadi, who has popular, regional and international support,” he said.

There were reports on Saturday of dozens of vehicles containing armed members of tribes from throughout the country converging on Sana’a. Tribal sources say the group will attempt to help free officials in the city taken hostage by the Houthis, who last week abducted Hadi’s chief of staff.

Some officials in other parts of the country, particularly in the oil-rich province of Ma’rib, have called on local tribes to resist any attempts by the Houthis to take control of the area.

Tahir, however, warned against the involvement of the country’s tribes in the struggle between the state and the Houthis, saying what Yemen needed now was a “civil, democratic and unified state.”

He said the “declarations of independence” made by a number of the country’s southern regions were not serious and amounted to nothing more than means of putting “temporary pressure” on the Houthis.

There have been protests in some of Yemen’s southern regions since the Houthi takeover calling for independence from other parts of the country and the restoration of the former state of South Yemen.

The Houthis took control of Sana’a in September following month-long mass sit-ins and protests in the capital by their members calling for a new government and the reinstatement of fuel subsidies that had been recently slashed by the state.

President Hadi then signed a Peace and Cooperation agreement with the group agreeing to appoint a new government headed by Khaled Bahah.

But there have been reports the Houthis have not abided by the agreement, which stipulated the group leave all government buildings and military installations they had stormed and return all weapons seized back to the state.

Many in Yemen and the region believe the Shi’ite group has been receiving support from Iran and from Yemen’s former president, Ali Abdullah Saleh—who was ousted in 2012 following mass protests against his rule—as well as his supporters in the army, police and other state institutions.