You are here: Home / Senza categoria / Renzi and Obama to discuss Libya and Syria crisis 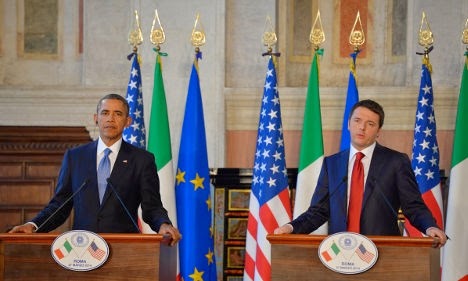 Obama’s office said they would meet on April 17th to discuss the crisis in Libya and Syria.

“Italy is a valued Nato ally and partner on a broad range of global challenges,” it said, adding that Obama would also address trade.

Italy is a leading member of the eurozone currency bloc and Obama is keen to negotiate a major trans-Atlantic free trade pact.

Renzi’s government also has a frontline role as the western allies confront major crises in Syria and in former Italian colony Libya.

The collapse of recognized government in both Mediterranean states has left space for Islamic State jihadists to seize territory.

The conflicts have also driven a wave of refugees towards Europe, many of them crossing to Italy on rickety and overcrowded boats.