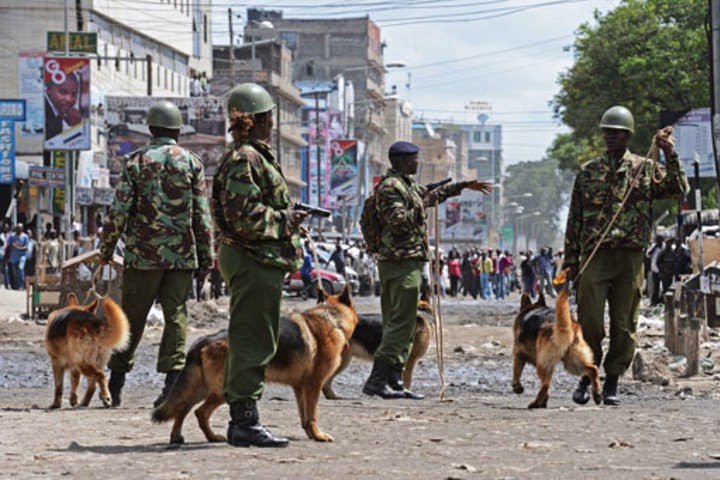 Somali Islamist militants killed at least four people during a raid on a Kenyan town near the border with Somalia, police said on Wednesday.

Hooded gunmen attacked a shop in the northeastern town of Wajir, about 100 km (60 miles) from the Somali border, firing guns and setting off explosions, witnesses said late on Tuesday.

“They locked (people) inside the shop, set it on fire and left. Three died inside while one (died) while being ferried to hospital,” said Mohamed Siyat, a county government official.

The northeastern region stretching from Wajir to the border town of Mandera has often been targeted by al Shabaab, which has vowed to punish Kenya for sending troops into Somalia where they are fighting alongside other African peacekeepers.

Many residents and regional politicians have vented frustration with the government for failing to improve security in a crime-ridden region awash with bandits and gunmen.

Analysts say the long and porous border with Somalia has made the northeastern region a soft target for al Shabaab, who often retreat into Somalia after raids.