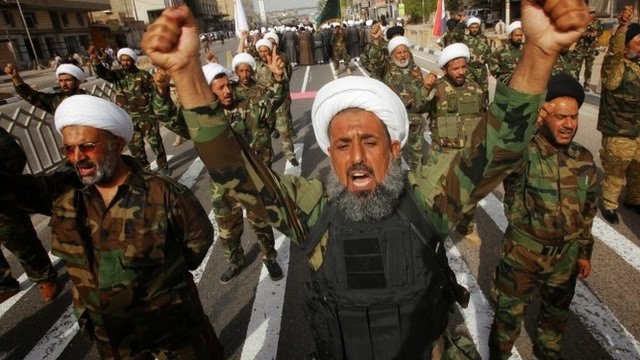 One of the latest offensives in Iraq against the Islamic State has seen the terrorist group forced out of one of its key cities: Tikrit. This event should be carefully analyzed because it highlights a key role in the shifting balance of power in Iraq.

Tikrit is situated on the bank of the Tigris River, 87 miles north of Baghdad. The largely evacuated city had been under Islamic State control since June last year. The attempt to retake the city was a test to see how effective an assault would be on Islamic State-controlled Mosul—an Iraqi city that is ten times larger.

Iraqi military forces, Sunni tribesmen and Shiite militias entered Tikrit on March 10, marking the start of one of the nation’s largest efforts to wrest control from the Islamic State. The Tikrit offensive highlights far more than just the effectiveness of a future attack on Mosul. It highlights Iran’s strategy to replace Islamic State jurisdiction with its own.

Since the Islamic State first took control of northern Iraq, Iran has been slowly upping its activity within the nation. First there were skirmishes and air raids along the Iran-Iraq border, which were given an international free pass when Iran claimed it was defending itself. Then Iran began defending Shiite holy places, and eventually Shiite towns. Shiite forces were grouped, trained, equipped and led by Iranian forces. This string of successes led to more Shiites flocking to Iranian militias.

A look at Tikrit shows who actually captured the city.

Media reports say “Iraqi forces” took the city, but this could mislead one to think that it was Iraq’s American-trained security forces. While they played a part, it was far from crucial. Only 3,000 Iraqi security forces joined the assault, along with 1,000 Sunni tribal militias. But there were 20,000 Shiite militiamen, all from the group called the Popular Mobilization Force—Iranian owned and operated.

This group is led by Abu Mahdi al-Muhandis—a man listed by the United States government as a specially designated global terrorist. He is an adviser to Qassem Suleimani, the commander of Iran’s Quds Force—which is also a terrorist group. Suleimani is reportedly visiting the battlefront in Tikrit to oversee the operation personally. The Quds Force supplied ample manpower for the retaking of Iraq, and it has the generals to control it.

But the obvious omission from the attack is the United States. There were no U.S. airstrikes or U.S. forces involved. Some may count this as a win. After all, dislodging the Islamic State is now key to the U.S.’s Middle Eastern policy. And now it is being done systematically with minimal U.S. loss.

But while the U.S. has always striven to create an Iraqi military that can stand on its own, that is not what we see today. What we see is the rise of Iranian militias, backed and sponsored by the world’s numberone state sponsor of terror. Look at Tikrit. Look at who has been doing the fighting. Look at who is leading the assault. It is not Iraqi security forces; it is not America—it is Iran.

Anyone who wonders what the Shiites are capable of doing should just look across the Middle East. Iran’s Shiite Quds Force leads terrorists across Iran’s Shia crescent from Lebanon to Afghanistan. It has orchestrated attack after bloody attack, even against U.S. forces. There are already reports of Shiites slaughtering Sunnis in the regained towns taken by Suleimani and his cohorts. Amnesty International released a report claiming that Shiite militias were abducting and killing Sunni civilians in response to Islamic State attacks.

The report mentioned one account where an undercover Amnesty International worker recorded a Shiite guard at a checkpoint who said, “If we catch those Sunnis coming down from the Tikrit area, we execute them. In those areas they are all working with the Islamic State.” Even during the offensive into Tikrit, many of the Shiite militias viewed the operation as revenge for the slaughter of over 1,000 Shiite fighters last year who died when the Islamic State arrived. Many blame the Sunnis for either not intervening or worse, for endorsing the slaughter.

Now the Shiites have their chance for revenge as they consolidate their influence in Iraq. Sunnis have complained about their mistreatment by the pro-Iranian government for years. It has kept the sectarian violence simmering throughout the U.S. occupation. But the U.S. is now gone, and can no longer play the role of mediator. Instead, Iran is working to settle the dispute by overthrowing the Sunni strongholds. The Islamic State has provided Iran the perfect excuse.

U.S. Chairman of the Joint Chiefs of Staff Gen. Martin Dempsey summed it up well when he said:

The activity of the Iranians and their support for the Iraqi security forces is a positive thing in military terms against [the Islamic State]—but we are all concerned about what happens after the drum stops beating, [the Islamic State] is defeated, and whether the government of Iraq will remain on a path to provide an inclusive government for all of the various groups. We’re very concerned about that.

Israeli President Benjamin Netanyahu said it even better in his speech to Congress in March:

The difference is that [the Islamic State] is armed with butcher knives, captured weapons and YouTube, whereas Iran could soon be armed with intercontinental ballistic missiles and nuclear bombs. We must always remember—I’ll say it one more time—the greatest dangers facing our world is the marriage of militant Islam with nuclear weapons. To defeat [the Islamic State] and let Iran get nuclear weapons would be to win the battle, but lose the war.

Some are now waking up to the fact that we may be replacing the Islamic State with an even more radical power. But recognition of Iran as a danger won’t stop it. The U.S. has already allowed Iran to get involved and gain the allegiance and support of Iraq’s Shiites. Iraq’s government now also owes a great debt of gratitude to the Iranians, whose forces are now driving back the Islamic State.

For years, the Trumpet has forecast the rise of Iran in the Middle East. Two decades ago, Iraq was the dominant power in the region, not Iran. But go back and read our booklet The King of the South. Even in the early ’90s when Iran had little strength compared to its neighbor, we warned that Iran would rise to power.

Take a look at Iran today: Iranian-led Shiites have just swarmed through Tikrit. More Islamic State targets are likely to fall. Undoubtedly Mosul is shifting into the crosshairs. What happened in Tikrit highlights Iran’s plan: Rout and replace. Keep a close eye on Iraq, because the more territory the Islamic State loses, the more Iran gains. ▪