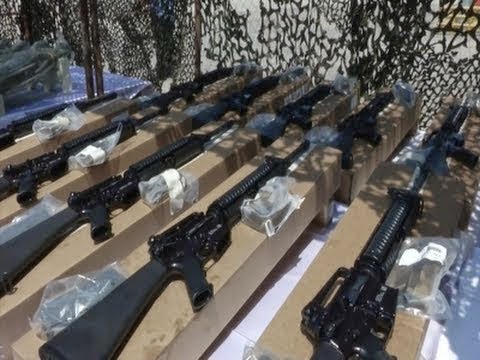 As much as $500 million in U.S. military aid to Yemen is unaccounted for, U.S. officials said Tuesday, March 17, sparking fears that military equipment could be seized by Shiite Houthi rebels or even al Qaeda.

According to Fox News, the Defense Department has lost its ability to monitor the location of $500 million in weapons, aircraft and equipment donated to the country by the U.S.

Well-placed congressional sources confirmed that the matter has been discussed on Capitol Hill with Pentagon officials. Sources said the Defense Department lost track of the weapons after the sudden withdrawal from the embassy in the Yemeni capital of Sanaa last month.

It is unclear how much and what kind of weapons are missing, but public sources suggest $500 million is a reasonable estimate based on open source reporting on the “Section 1206” train and equip program, and arms to Yemen authorized through Congress in the last few years.

Yemen’s government was overthrown in January by Houthi rebels, who are backed by the Iranian government and have been critical of U.S. drone strikes in the country.

Rebels have occupied many military bases in the northern part of Yemen, while al Qaeda recently took over a base in the south, meaning that equipment could potentially have been secured by either group.

A U.S. defense official told The Washington Post that there was no hard evidence that U.S. arms or equipment had been looted or confiscated, but conceded the Pentagon had lost track of the items.

“We have to assume it’s completely compromised and gone,” a legislative aide on Capitol Hill was quoted as saying.