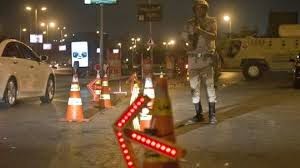 The city of Misrata has announced a nigh time curfew in an attempt to consolidate security in the city.

In an announcement by its city council today, it announced a series of emergency security measures including the rising of the security alert in the city to the status of ‘’high’’.

The curfew will be effective from 12 midnight until 7 am.

The measures include strict control cars without number plates or with tinted windscreens. Committees have also been formed to conduct a census of migrants in the city.

It will be recalled that a car bomb exploded outside the base of a Misratan militia 166 on Sunday killing at least one. The action was believed to be in retaliation by IS for Misratan militias activities in Sirte.