You are here: Home / MidEastGulf / Iran, Hezbollah off terror list as concession in nuke talks 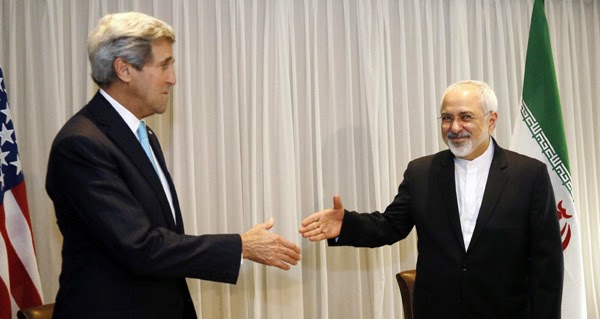 Iran and the Lebanese militant group Hezbollah have been removed from this year’s terror list, despite being on it for the past several years.

Fox News Channel reported Tuesday that the office of National Intelligence Director James Clapper blamed the omission on a formatting change in the way the document is printed.

Fox’s Greta Van Susteren called it “a little bit insane that they changed the format and suddenly the two worst terrorists, Iran and Hezbollah, disappear.”

Former U.N. Ambassador John Bolton said the omission may be tied to nuclear negotiations currently underway between the United States and Iran.

“The people who would say this is a format change are weasels,” Bolton said on Fox News Channel’s “On the Record with Greta Van Susteren.”

Bolton said he believes the Iranian negotiators told the American negotiators they have to ease up on labeling the country the largest state sponsor of terrorism.

Bolton said he doesn’t believe the details of the arrangement will show up in the final nuclear deal, which is troubling, he said, because it raises questions of what other concessions might have been made, but will never be made public.

The Times of Israel  published the report that was released on February 26, saying the text indicates Iran’s name might have been removed because of its efforts to help eradicate the Islamic State (ISIS) in Iraq.

“I think that we are looking at a quid pro quo, where Iran helps us with counter-terrorism and we facilitate their nuclear ambitions and cut down on our labelling of them as terrorists,” Max Abrahms, professor of political science at Northeastern University and member at the Council of Foreign Relations, told Newsweek.

“The world has changed. The Sunni threat has gotten worse, the Islamic State is a greater danger than al-Qaida ever was, and the Iranians have really come up big in terms of helping us out in combating the Islamic State.”