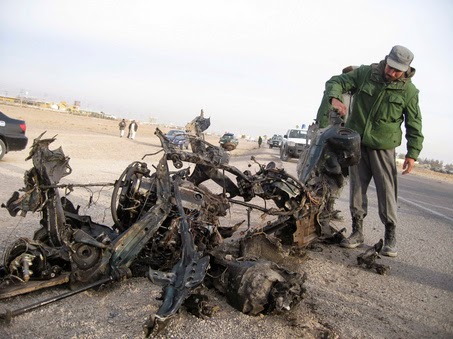 Seven persons were killed and 21 injured in a car bomb explosion in Lashkargah, provincial capital of Helmand province on Wednesday.
Pacha Gul Bakhtyar, Security Officer of the provincial police headquarters of Helmand province told Khaama Press that all of the victims of the explosion are civilians.
Although Bakhtyar did not comment but reports indicate that Omar Zwak, the spokesman of the provincial governor is among the ones wounded.
No group has immediately claimed responsibility for the explosion.