You are here: Home / Mediterranean / Misurata Brigade takes on Islamic State in Libya 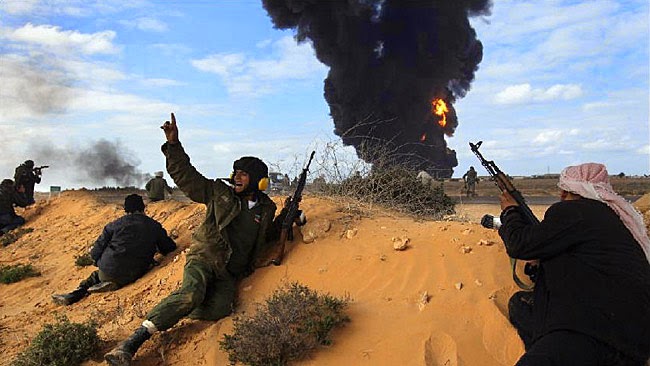 Fighters aligned with the Islamic State who control the Libyan city of Surt have begun clashing with a brigade from the neighboring city of Misurata that is trying to drive them out, according to news reports on Tuesday, and a leading Tunisian militant was killed in the battle.

The reports are the first sign of a military effort against the Islamic State group in Surt since it began to establish itself there more than two months ago.
Libya has been ravaged by nine months of conflict between two rival coalitions of militias, representing different regions and ideologies. That created a vacuum that the Islamic State, also known as ISIS or ISIL, has exploited.
Groups of fighters in each of Libya’s three provinces have pledged their loyalty to the Islamic State, but the group in Surt is the only one to have shown communication and collaboration with the main Islamic State parent group, based in Syria and Iraq.
The parent group released a video last month produced by its official media arm that appeared to show its fighters in Libya beheading a group of Egyptian Christians who had been kidnapped in Surt.
The Misuratan brigade that came to eradicate the group belongs to a coalition that includes both moderate and extremist Islamists, and its opponents have accused the coalition of tolerating or denying the Islamic State’s emergence in Libya.
The coalition sent the brigade, known as Brigade 166, to Surt shortly after the appearance of the video, but for more than two weeks, the brigade remained camped on the outskirts of the city.
Mohamed Omar el-Hassan, the commander of the brigade, said in an interview this month that he intended to allow the Islamic State fighters inside the city to slip away gradually before his force moved in, to avoid a major battle inside. His whereabouts on Tuesday was unknown.
It is not clear whether clashes took place because the Misuratan brigade tried to enter the city, because the Islamic State fighters sought to expand their positions, or for some other reason. But Reuters reported on Monday that families had begun fleeing the city because of the fighting.
Adding to the evidence of a battle, the Islamic State said in a statement posted on a militant website late Monday night that a prominent Tunisian militant, Ahmed al-Ruwaysi, had been killed during fighting in Surt, The Associated Press reported.
Mr. Ruwaysi, also known as Abu Zakariya al-Tunisi, is suspected of a role in plotting the assassination of a left-leaning Tunisian politician, Chokri Belaid, in 2013. If confirmed, his killing in Surt would be new evidence of cross-border collaboration between Islamic State militants in Tunisia and Libya.
The Tunisian authorities hope to confirm Mr. Ruwaysi’s death by obtaining and testing DNA samples, Tunisia’s official news agency reported on Tuesday, citing an Interior Ministry spokesman.