You are here: Home / Mediterranean / Gaddafi’s soldiers return to Libya under black flag of Isis 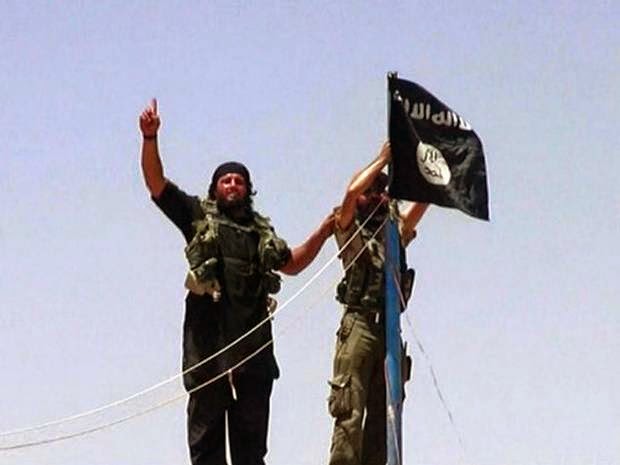 “This is the time for assault,” chants a deep male voice on the radio. “All the unbelievers are hurting.”
Once the stronghold of Muammar Gaddafi, the coastal town of Sirte has now been transformed into a symbol of the insidious rise of the self-proclaimed Islamic State in Libya.

Six weeks ago men wearing black masks took control. The streets became quiet, families moved out. Now, in the middle of Libya’s deep political divide, forces allied with the government in Tripoli have struck what they hope will be a major blow to the group.

Libya Dawn forces attacked Isis positions to the west of Sirte on Saturday. Fighting continued into Sunday morning. Yesterday, came the backlash, the first car bombing by Isis in Misrata along the coast to the north-west.

No one was injured, but Misratans fear this might only be the beginning of the retaliation.

Officials in Misrata said that Brigade 166, acting under the command of the Tripoli military commanders and composed of battalions from Misrata, had killed 25 Isis fighters in the Harah area, 13 miles to the west of Sirte over the weekend.

Ajaj al-Saqr, a general who had served under Gaddafi and was loyal to him until the end, was among those injured. He had been living in exile in Egypt and is believed to have returned to Sirte recently.

He was not alone. Many Misratans insist that the fighters now in Sirte are Gaddafi loyalists, recent returnees who have been hiding out in the desert or abroad. There are also an unknown number of foreign fighters among them, all under the flag of Isis.

For more than five weeks, the black flag has been hanging from the Ouagadougou conference centre where Gaddafi once hosted lavish international meetings.

It was also his stronghold where his most loyal forces held out as rebel forces closed in on them in October 2011 in what would be the final battle of the 2011 war.

The bitter fighting has left Sirte, Libya’s former capital, in ruins. Now, there are snipers once again positioned on the conference centre’s roof, and some of the same brigades that encircled Gaddafi have again encircled the city. This time, however, they are fighting a more confusing enemy.

Mohamed al-Thani lost his left leg fighting in Sirte in September 2011. This time, he says, he wouldn’t fight.
“The first war was about a lack of human rights and fighting against the Gaddafi dictatorship,” he said. “I would not fight because this time the enemy is unknown.”

Younis Mohamed Salabi, 28, added: “We’re not going to let the idea of Daesh [Isis] destroy the Arab Spring. After the liberation of Libya, they’re trying to bring back the old regime.”

Islamist groups in the eastern city of Derna declared allegiance to the Iraqi leader of Isis, Abu Bakr Baghdadi, in late 2014, replacing existing links to al-Qaeda.

The movement had, until then, largely been confined to Syria and Iraq. Libya’s political chaos, porous borders and abundant supply of weaponry make the North African country an appealing new base for Isis.
Around 500 Isis fighters are in Sirte. Their identities are unknown because of the black masks they wear. As well as the conference centre, they hold a hotel and the flour mill. A few hundred metres away from the mill, Misrata forces take their coffee in a roadside cafe.

Misrata, Libya’s third-largest city located to the east of Tripoli, is the power base of the Libya Dawn faction which seized power in Tripoli in August.

Abrahim Ben Rajab, head of the Misrata Military Council, said that they had hoped other cities would contribute more forces to Brigade 166, to avoid the risk that Misrata would be subjected to a retaliatory campaign by Isis.

“We expect retaliatory attacks on Misrata,” he said. “But the danger now is in Sirte, and if we don’t fight it, it will extend to the capital.”