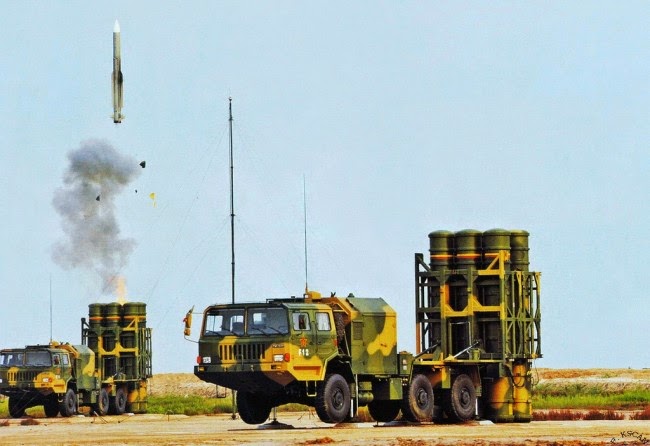 China confirmed an agreement to sell the HQ-9 air defense missile system to Turkey on Tuesday, during the Langkawi International Maritime and Aerospace exhibition in Malaysia, China Daily reports.

A representative of China National Precision Machinery Import & Export Corporation said it was well-known that the Chinese FD-2000 system, a HQ-9 model for export, was chosen for the contract with Turkey in 2013.

The representative said in an interview with China Central Television that the FD-2000 is one of the most important products the corporation brought to the LIMA, Asia’s largest defense and security exhibition.
Besides the FD-2000, Chinese military industry businesses also brought the F-22P frigate and LPD dock landing ship to the exhibition.

According to a report from CCTV’s website, the winning Chinese FD-2000 system beat the US Patriot, the Russian S-400 and the French-Italian Eurosam Samp-T.

Turkish analysts said their choice of a Chinese firm was for technological reasons as well as cost effectiveness. The contract enables Turkey to have its own long-range missile defense system for the first time, according to CCTV.