You are here: Home / Senza categoria / 4,000 Turkmens ready to combat ISIL in Iraq 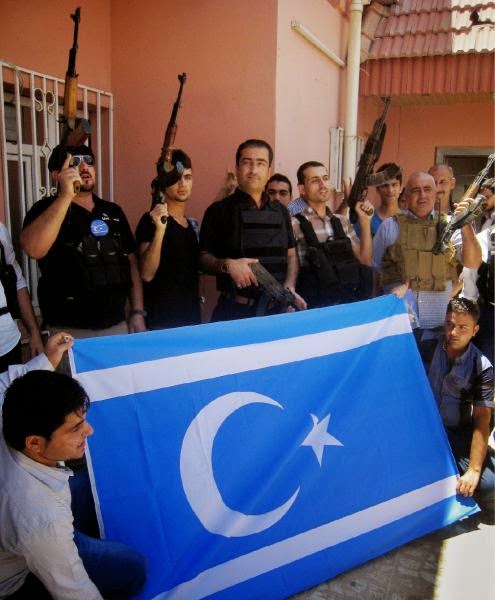 Iraqi central government has armed Turkmen fighters in northern province of Kirkuk.
There are 4,000 Turkmen fighters battling ISIL in the northern province of Kirkuk and 10,000 others have finished their training in Mosul, Iraqi government officials claimed on Thursday.
Jassem Mohammed Jaafar, an Iraqi MP and a member of Kirkuk’s Turkmen coalition said there are 4,000 fighters in Kirkuk province as well as 10,000 others in Sinjar camp near Mosul who have finished their training.
These forces are believed to be ready to move on Tal Afar town which is held by ISIL.
Turkmen fighters aim to free areas in south Kirkuk province and have made “good progress” in Beshir village beside Kurdish peshmerga forces, Jaafar added.
Turkmens are ethnic relatives to Turks and are the third-largest ethnic group living mainly in northern Iraq.
ISIL has lost control of 31 villages and three towns in Kirkuk since peshmerga forces and Shiite militias, including Turkmen fighters, launched military operations in the area last week.
Iraqi forces have been battling ISIL since June 2014 when the armed group seized of Mosul and much of northern and western Iraq.