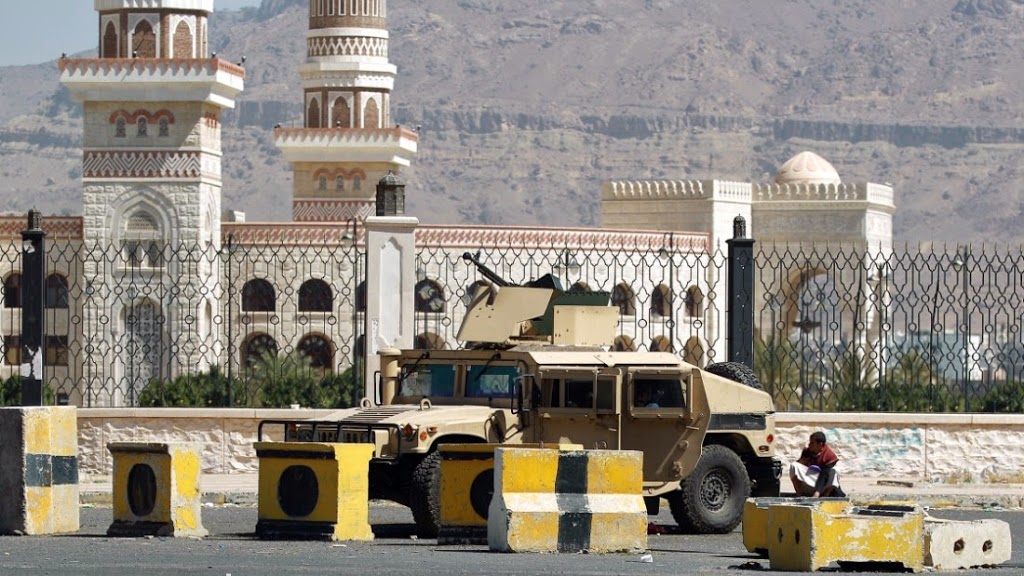 An unidentified warplane attacked the presidential palace in Aden on Thursday, after forces loyal to President Abd-Rabbu Mansour Hadi stormed a camp where a renegade commander had barricaded himself, a Yemeni official and residents said.

The aircraft dropped a bomb or fired a missile at the compound in al-Maasheeq district of the southern port city, where Hadi is based, the Yemeni official said, in a sharp escalation of Yemen’s months-long armed turmoil.

Residents said anti-aircraft guns opened fire at the plane, and smoke was seen rising from the area, but it was not immediately clear if Hadi was in the compound.

A Yemeni security source said the situation at the presidential palace “was under control and there was nothing to be worried about”.

Both the attack on Hadi’s compound and the fighting on the ground appeared to be part of a deepening power struggle between Hadi and the Shi’ite Muslim Houthi group, which controls the capital Sanaa and is allied with former president Ali Abdullah Saleh.

The identity of the aircraft was not immediately known, but residents in Sanaa, which is under control of the Houthi group said they saw an unusually busy level of flights by military aircraft in the skies of the capital.

Earlier in the day, soldiers and militiamen loyal to Hadi fought their way into Aden’s international airport and stormed an adjacent military base, residents said.

General Abdel-Hafez al-Saqqaf had been holed up for days in the base after he refused an order by Hadi to hand over control of the Special Forces in the city to another commander, a senior security source said.

At least six people were killed in the clashes around the airport and the base, residents and a senior military commander said. They said Saqqaf’s whereabouts were not known.

In a statement in late afternoon, the Houthi-led Supreme Security Committee urged an end to the fighting in Aden, saying that both sides “are obliged to keep the peace and return to the negotiating table,” according to a statement carried by state news agency Saba.