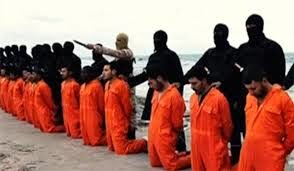 UN Secretary-General Ban Ki-moon on Wednesday called for developing an international action plan against the Libyan ISIL and other terrorist groups which committed horrible crimes.

The UN strongly condemns the violent actions, beheadings and other crimes against humanity being committed by these terrorist groups in Libya, Ban said in a joint press conference with Italian Foreign Minister Paolo Gentiloni here.

The UN plans to present to the upcoming General Assembly session an action plan for eradicating terrorism with the participation of religious leaders from around the globe, he revealed.

Meanwhile, the UN chief stressed the importance of international support as the United Nations seeks to promote dialogue to resolve the crisis in Libya.

He also called for helping the UN relief agencies to reach the areas controlled by armed groups in order to deliver aid to the besieged people.

The talks focused on the UN-Italian joint efforts to stabilize the situation in Libya and promote dialogue among the belligerent parties.

On his part, the Italian foreign minister reaffirmed his country’s support to any action the UN might take vis-أ -vis the conflict in Libya or against the Libyan ISIL.

Regarding the Islamic State in Iraq and the Levant (ISIL), Gentiloni ruled out the possibility of any dialogue with the group to facilitate access of aid to the trapped people.