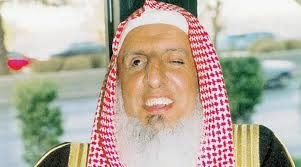 The grand mufti of Saudi Arabia has called for the destruction of all churches in the Arabian Peninsula, claiming that the move is in line with Islamic law.

The call comes days after Islamic State militants published images on Twitter showing jihadists attacking an ancient church and cemetery in Mosul, northern Iraq, and weeks after an MP in the Gulf state of Kuwait announced plans to introduce a bill forbidding the construction of new churches.

The senior Sunni cleric, Sheikh Abdul Aziz bin Abdullah, told a delegation from Kuwait on Tuesday that it was “necessary to destroy all the churches of the region,” according to the Arabian Businesses news website.

The sheikh is head of the Supreme Council of Ulema [Islamic scholars] and of the Standing Committee for Scientific Research and Issuing of Fatwas. He is seen as the highest official of religious law in the Sunni Muslim kingdom.

Last month, Kuwaiti MP Osama Al-Munawer announced plans to submit a bill calling for the removal of all churches in the countr. Mr Al-Munawer later clarified that the law would only apply to new churches, while old ones would be allowed to stay erect.

The Gulf is home to around 2 million Christian migrant workers, and new churches have been built to accommodate them. Around 1.5 million Catholics live in Saudi Arabia, but church-building is strictly forbidden there.