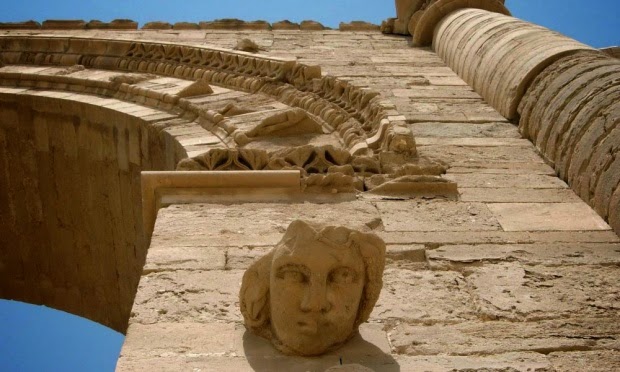 Italy’s culture minister has called for the creation of a UN peacekeeping force to protect the world’s heritage sites, following the destruction of ancient cities in Iraq by Islamic State (Isis) militants.

“A sort of ‘blue helmets of culture’ are needed, as there are blue helmets that intervene to protect in situations of war,” said Dario Franceschini told the Guardian, referring to the signature uniforms of UN peacekeeping troops.

“There should be an international rapid response force to defend monuments and archaeological sites in conflict zones,” he said.

Franceschini was speaking following the partial destruction of Iraq’s Hatra, an ancient fortress city that the Roman empire repeatedly failed to conquer. Local residents on 7 March reported hearing a large explosion, as Isis militants went on a destructive rampage through the city.

Such attacks were described by Unesco as “a turning point in the appalling strategy of cultural cleansing underway in Iraq,” coming just two days after the Islamist groups bulldozed their way through the 13th-century BC city of Nimrud.

Isis militants have also decimated collections at Mosul museum, which housed artefacts dating back 3,000 years, and set about razing the ancient city walls of nearby Dur-Sharrukin.

As the extremists continue their wanton destruction of Iraq’s prized heritage, Italy’s culture minister urged the international community to wake up to a new form of warfare.

“At one time great monuments were hit accidentally in wars, during bombing. Now they’re hit precisely because they are symbols of culture, symbols of a religion,” he said. Building a force specifically to protect heritage in crisis situations could not be left to an individual state, Franceschini said, and must be initiated by the international community.

The UN security council agreed measures last month to combat the trafficking of antiquities plundered from Iraq and Syria, but safeguarding culture has yet to be written into the mandate of peacekeeping operations.

As historians mourn the loss of Iraq’s cultural heritage, fears have been raised that the same destruction could be wrought on Libya. Amid growing instability, Isis has been gaining ground in Libya, where five sites have been awarded Unesco world heritage status.