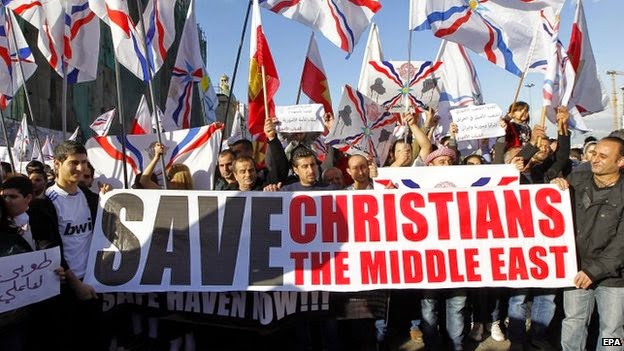 The fate remains completely uncertain of around 220 Assyrian Christians who continue to be held captive in Syria by the Islamic State terror group.

With each day that passes, the likelihood that the majority of the Assyrian men, women, and children survive captivity diminishes, the Syrian Observatory for Human Rights (SOHR) reported.

“Sheikhs of Arabian clans are still working privately to release the detainees, amid fears by SOHR on their lives after the fake promises by the IS to release them,” reports the Observatory.

The Islamic State released two dozen of the Assyrian hostages from March 2-4 in exchange for a lump sum of cash, some reports have stated. More reports indicated that only elderly hostages were released, leaving the most valuable abductees within ISIS captivity.

The kidnappings of the 200+ individuals took place on February 23, when Islamic State jihadis raided a stretch of Assyrian villages that are located beside the Khabur River in northeastern Syria.