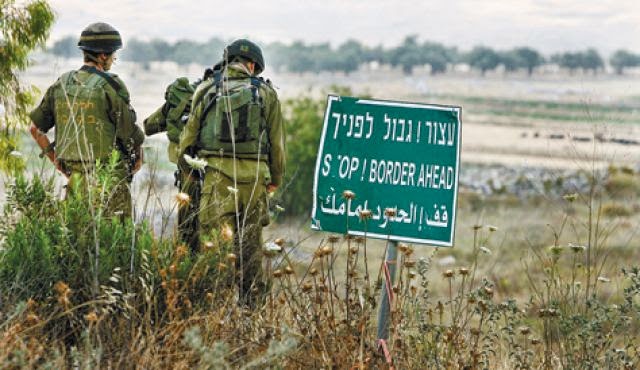 The UN Security Council warned Thursday that recent violence along Lebanon’s border with Israel and the presence of unauthorized weapons in a UN buffer zone pose a risk of a new conflict.

The violence in late January killed two Israeli soldiers and a UN peacekeeper from Spain and sparked fears of yet another crippling war between the two neighboring countries. It was the deadliest escalation on the disputed border since the 2006 war between Lebanese Hezbollah militants and Israel.
In a presidential statement approved by all 15 members, the council urged all parties to exercise “maximum calm and restraint and refrain from any action or rhetoric that could jeopardize the cessation of hostilities or destabilize the region.”
The Security Council also expressed concern at other border violations including the presence of extremist groups in Lebanese territory. It condemned terrorist acts in Lebanon, including hostage-taking, by the Islamic State group and Jabhat al-Nusra.
The council warned that “the deepening involvement of some Lebanese parties in the fighting in Syria” also poses a risk for Lebanon’s stability. It did not name Hezbollah, which sent fighters into Syria to support the government of President Bashar Assad.
Council members criticized incursions, abductions and arms trafficking across the Lebanese-Syrian border and said continuing cross-border fire and shelling from Syria into Lebanon has killed and injured Lebanese civilians.
On the political front, the Security Council urged Lebanese leaders to quickly end a 10-month stalemate over the election of a president.
The standoff “has undermined Lebanon’s ability to address the security, economic and social challenges it faces and has jeopardized the normal functioning of Lebanese institutions,” it said.