You are here: Home / Senza categoria / Turkey’s Erdogan says no to Syrian Kurdistan 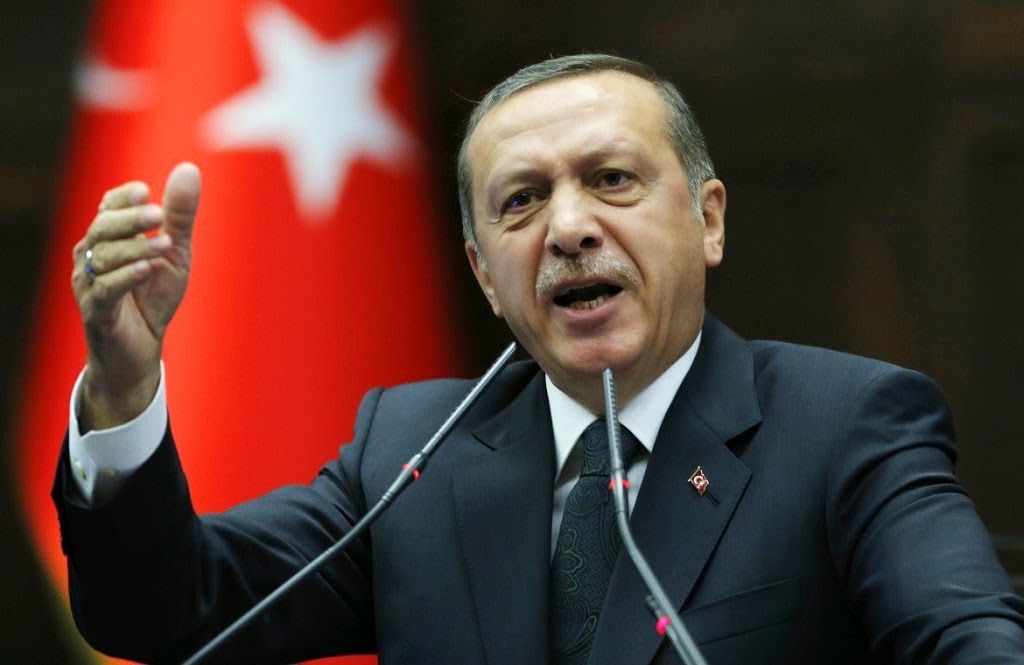 “We do not want a new Iraq. What’s this? Northern Iraq,” Erdogan told the Hurriyet newspaper aboard a plane en route from an African tour at the weekend. He was referring to the Kurdish-controlled part of Iraq known as Iraqi Kurdistan.
“A northern Syria there after northern Iraq… It is not possible for us to accept this,” he said.
“Such formations will lead to grave problems in the future.”
His comments came as Kurdish militia drove the Islamic State insurgents from the Syrian town of Kobane just across the Turkish border and raised their flags on Monday, in a heavy blow to jihadists after months of intensive fighting.
Kurdish forces gradually pushed back IS militants who have captured large chunks of territory in Iraq and Syria, with the help of the US-led air raids and a group of fighters from Iraq’s Kurdish peshmerga forces.
Turkey, which has fought a 30-year insurgency against Kurdish rebels in its southeast, has hesitated to act for Kobane over fears it could embolden Kurdish forces.
Erdogan has in the past said that his country will not allow “a terrorist group to establish camps in northern Syria” and threaten Turkey.
Ankara blacklists the rebel Kurdistan Workers’ Party (PKK) — which uses its safe havens in northern Iraq as a springboard for deadly attacks on its soil — as a terrorist organisation and sees the Syrian Kurdish Democratic Union Party (PYD) as Syrian branch of the PKK.
Turkey has refused to play a robust role in the US-led coalition against IS insurgency, prompting its own Kurds to take to streets in October.
Over 30 people were killed in two days of steet clashes in the Kurdish-majority southeast.
Turkey’s sole contribution to the coalition has been allowing a contingent of Iraqi peshmerga Kurdish fighters to transit Turkish soil to fight IS militants for Kobane.

In recent years, Turkey has enjoyed burgeoning trade and energy ties with the Iraqi Kurdish region, while at home Ankara has started a peace process with its sizeable Kurdish minority with an ultimate goal of disarming PKK rebels.