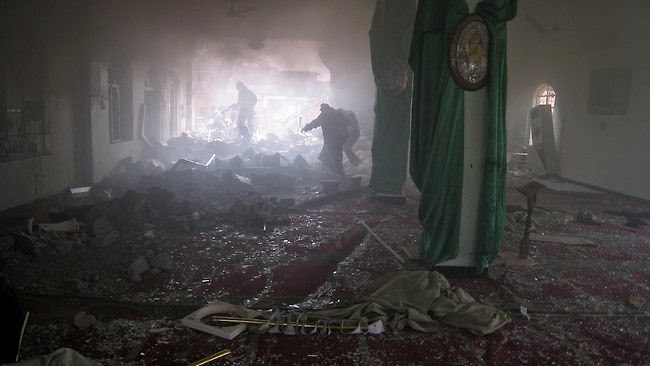 Dozens are killed and wounded after suicide bombers attacked a mosque in Yemen’s capital, which had followers of a scholar close to the Houthi movement.

Dozens are dead and injured following two explosions at a mosque in Yemen’s capital, Sanaa, a source told Sputnik.
“Two militants with suicide bomber belts entered a mosque which had supporters of a scholarclose to the Houthi movement.”