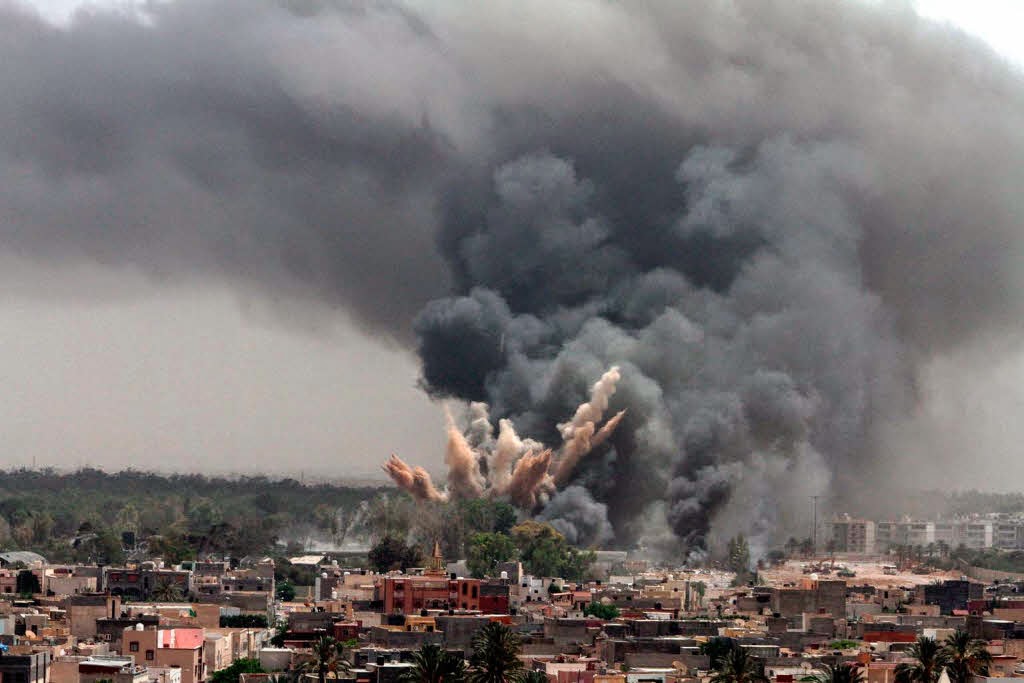 An air strike by Libya’s internationally recognized government against the capital Tripoli on Saturday killed a senior commander in a force loyal to the rival government that controls the capital, a Tripoli official said.

The attack came a day after the official government said it had launched a military offensive to “liberate” Tripoli, which was seized by a group called Libya Dawn in August, reinstating a previous assembly.

The recognized prime minister, Abdullah al-Thinni, and the elected parliament have been confined to eastern Libya since then. Both administrations allied to armed factions are fighting for control four years after the ousting of Muammar Gaddafi.

Salah Burki, a Libya Dawn leader, was killed in the strike, a Tripoli official said.

Saqer al-Joroushi, an eastern air force commander, said earlier his aircraft had hit the Mitiga airport in Tripoli and a camp used by Libya Dawn near another airport in the capital.

He said they also attacked the airport of Zuwara, a town near the Tunisian border west of Tripoli. An airport official said the runway had been hit but there were no casualties.

On Friday, U.N. Special Envoy Bernardino Leon said the military offensive threatened international efforts to reach agreement in the next few days on a unity government and lasting ceasefire.

Talks are being held in Morocco, the latest in a series of meetings since September grouping mostly moderates from both sides.

Western leaders say the U.N. talks are the only way to end the chaos in Libya where Islamist militants have gained ground.

Both sides have attacked each other with war planes in the past few days.