You are here: Home / Africa / Strategic port captured in flight against Al-Shabaab in Somalia 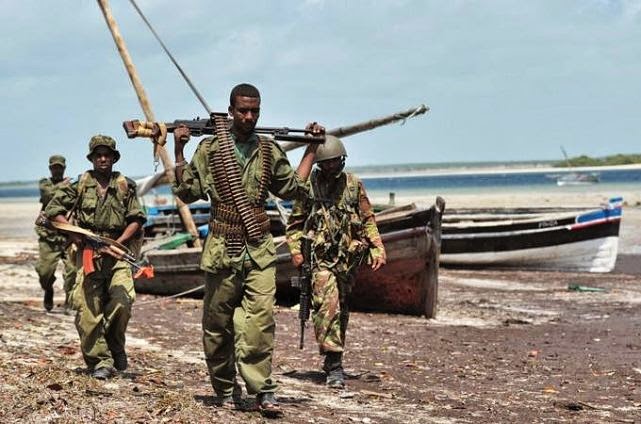 “This morning at 4:30 a.m., KDF and SNA troops under AMISOM operations in Somalia captured the key port town of Kuday in a major beach landing operation,” Obonyo said in a statement issued in Nairobi.

“During the operation, scores of Al-Shabaab fighters were killed, five technical vehicles were destroyed and assorted weapons and ammunition were seized.”

Kuday, which lies south of the strategic port town of Kismayu, was a key logistical and operational base and heavily defended by Al-Shabaab militants. It was also used to launch attack in southern Somalia.

“The town also served as a key pointy for entry of contraband goods into southern Somalia,” Obonyo said, adding that AMISOM is also in control of the adjacent island of Mdoa and Dagazi

In recent months, AMISOM forces have been reported to have exerted considerable pressure on the Al-Shabaab fighters.