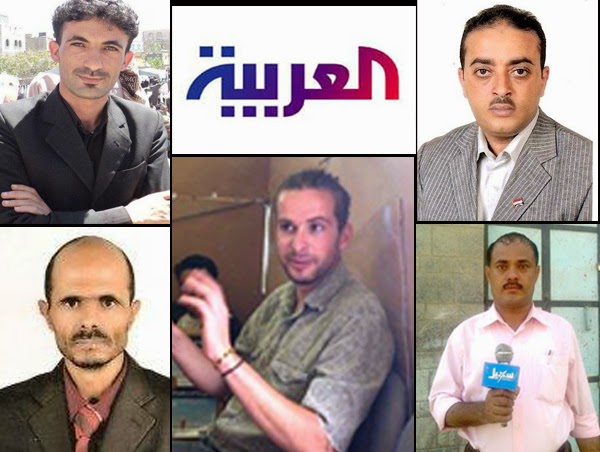 Houthi forces and others in Yemen have committed a spate of attacks and other abuses against the media amid deteriorating political and security conditions.

In recent weeks, there has been an increase in arbitrary arrests and violence against journalists and other media workers by Ansar Allah, the Zaidi Shia armed group known as the Houthis that now controls the capital, Sanaa.

Armed Ansar Allah militia has stormed the headquarters of three media outlets since January 2015. Other groups may also be involved in attacks. On March 18, unidentified gunmen killed Abdul Karim Mohammed al-Khaiwani, an Ansar Allah supporter and critic of the former government, near his home in Sanaa.

“The breakdown in security across Yemen has put the country’s media in particular danger,” said Joe Stork, deputy Middle East and North Africa director. “All sides in Yemen should send a clear message to their forces to stop threats and attacks against journalists.”

Human Rights Watch documented seven incidents involving attacks on journalists and the media between December 31, 2014, and March 7, 2015. Ma`d al-Zekri, a cameraman for Azal TV, told Human Rights Watch that armed men took him and his 20-year-old brother from their home at 1:30 a.m. on December 31, 2014, blindfolded them, and drove them to a building where the men held the brothers in separate rooms.

Al-Zekri said a man interrogated him about a news clip he had made about the Islamist militant group Al-Qaeda in the Arabian Peninsula (AQAP) that had aired in October, and demanded to know where an AQAP leader al-Zekri had interviewed could be found.

The cameraman said he was kept blindfolded, given electric shocks, had dirty water poured over him, and was given food and a restroom visit only once each day. “On the third day some men came in, apologized for having detained me, and said it had been a mistake,” al-Zekri told Human Rights Watch.

They then warned him “not to write about or against Al-Qaeda as much,” and freed him and his brother. Al-Zekri filed a complaint with the police and the attorney general but the authorities told him they could do nothing and he should take his complaint to Ansar Allah directly.

Kamal Gamal of Suhail TV told Human Rights Watch that armed men in civilian clothes detained him and a cameraman, Yahya al-A`awar, on February 3, 2015, as they filmed a political polling process among students at Sanaa University. Gamal said the two men spoke into walkie talkies, told them that no photography or filming was permitted, and detained them when they kept filming. The armed men held the two journalists on the campus until police came and took them to a police station. Hours later, the police returned their equipment and released them.

Saif al-Haddiri, chairman of the al-Shumoa Press Foundation, which prints four publications, told Human Rights Watch that about 40 armed men believed to be Ansar Allah forced their way into the foundation’s offices on February 5.

They ordered all staff to leave the five-story building, then seized computers, broadcasting and other equipment, videos, and CDs whose total value he estimated at US$18,600. Some wore military-style uniforms while others were in civilian clothes and carried slogans in support of Ansar Allah. More than a month later, the men still control the foundation’s building and continue to remove property from it, al-Haddiri said.

Ameen Dabwan, a correspondent for Yemen Shabab TV, told Human Rights Watch that five armed men in police uniforms with Ansar Allah stickers detained him on February 6 as he filmed an anti-Ansar Allah demonstration in Sanaa’s Change Square. They took his camera and later his cell phone and detained him overnight at the police station with five arrested protesters, threatening to beat them. Police released him after 24 hours but did not return his camera or his phone.

Nabil al-Sharabi, an editor at Akhbar al-Yom newspaper, told Human Rights Watch that on March 5, five men carrying assault rifles bearing Ansar Allah stickers broke into the building housing the newspaper’s staff. One wore a Special Security Forces uniform, while the others were in civilian clothes. They took him and four colleagues to the newspaper’s office in the building next door, where they forced him at gunpoint to sign a pledge not to “engage in any acts that opposed them.” They released him four hours later but still hold one of his colleagues, he said.

A Suhail TV correspondent, Hisham Hadi, told Human Rights Watch that 12 armed men in military and Special Security Forces uniforms, accompanied by 6 others in civilian clothes, seized him on March 7 as he covered a protest in Ibb, a city south of Sanaa. He said the men drove him to a private residence that they used as an unofficial detention facility where other men blindfolded, questioned, and insulted him. They released him on March 9.

Abdulrahman al-Nahari, owner of Widian FM radio station and a media services and production business in Hodaida, a port city west of Sanaa, told Human Rights Watch that about two dozen armed men in civilian clothes who said they were acting on behalf of Ansar Allah forced their way into his company’s offices on March 11. They left after three hours, but the next day an Ansar Allah leader in Hodaida told him that his outlet could no longer broadcast unless he pledged to “not broadcast any content critical” about Ansar Allah.

The Yemeni Journalists’ Syndicate has reported that Ansar Allah fighters beat at least 10 journalists, cameramen, and photographers as they covered protests between January 25 and February 25, arbitrarily detaining seven of them for various periods, and seized and smashed cameras. The Freedom Foundation, a Yemeni group that monitors press freedom, reported at least 49 attacks on the media in January.

In 2013, Human Rights Watch reported in “‘A Life-Threatening Career’: Attacks on Journalists under Yemen’s New Government” that Yemenis had gained greater freedom of expression since Hadi replaced Ali Abdullah Saleh as president in February 2012, but that this had also brought a rise in threats and violence against the media by various political groups, including Ansar Allah, Saleh supporters, and state security forces.

“These latest attacks on journalists and the media are one indicator of the desperate state of affairs in Yemen,” Stork said. “Basic security will only get worse until there’s a government in place capable of restoring the rule of law and respect for human rights.”