You are here: Home / Senza categoria / ISIS butcher Mohammed Emwazi ‘tried to recruit Muslims to terrorist cause at 12 British mosques’ 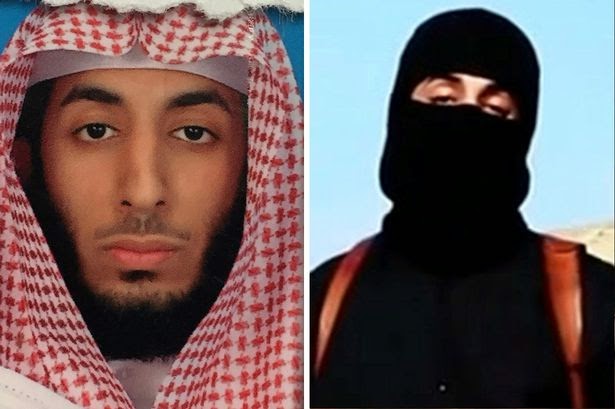 The butcher unmasked as Londoner Mohammed Emwazi toured Islamic places of worship as early as 2006 and encouraged young Muslim men to join his gang.

Mosques in London, Birmingham and Manchester have been identified by MI5 and the police as they continue us to build a picture up of his time in the UK before he fled to war torn Syria in 2013.

A number of more high profile mosques are understood to have had “sleeper agents” working in them for up to five years.

The moles have reported back information on persons known to have associated with Emwazi and his Al Qaeda sleeper cell known as “The London Boys”.

Court documents show Emwazi was part of a terror fundraising network being monitored from as early as 2007.

The Mirror revealed how Emwazi was recruited to an international terror gang at least a year earlier by Ahmed Mohamed who lived less than two miles from his home in Queen’s Park, West London.

A senior security source said: “This is a vital piece of work in establishing what Mohammed Emwazi was up to before he fled to Syria to join Islamic State.

“There could be up to 12 mosques he visited, some on a regular basis.

“A small group involving Emwazi and two or three others were tasked with raising money for Muslim fighters in Syria and Iraq.

“The worrying aspect of this is that no one raised the alarm as to what he was doing.”

Emwazi was deported from Tanzania in 2009 and allegedly intercepted by British security officials working for MI5.

The secret service reportedly tried to recruit him to act as a sleeper agent and deliver vital information to then in the war against home grown terror.

But Emwazi was already in contact with senior ranking commanders from al-Qaeda as well as its sister organisation Al-Shabaab in Africa.

He along with at least four other British based wannabe jihadis had been tasked with recruiting others and raising funds for Syrian based operations in mosques around the country.

Emwazi and another jihadi, Mohammed Ahmed Mohemmed, who escaped a controversial TPIM order to restrict his movements became regulars at mosques in these three cities as they sought to expand their gang.