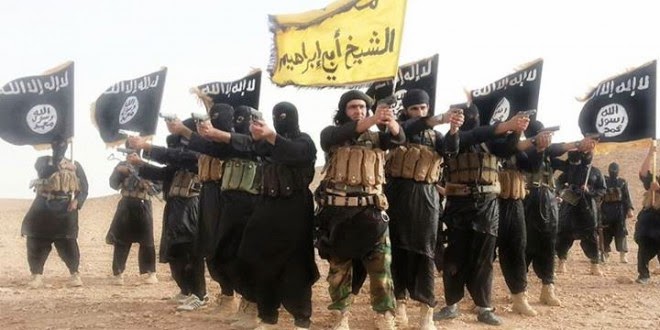 By launching attacks in Yemen and Tunisia, the Islamic State group aims to demonstrate its ability to expand in order to divert attention from setbacks in Syria and Iraq, experts say.

“Expansion is their strategy,” and the first IS attacks in Yemen and Tunisia allowed it to appear omnipresent, said JM Berger, analyst and co-author of ISIS: the State of Terror.

“Creating the perception of strength is a key part of IS’s recruiting and propaganda goals,” Berger said.

After announcing its self-styled ‘caliphate’ in 2014, “IS has made formal ventures into Egypt, Algeria, Nigeria, Libya, Tunisia, and now Yemen as part of its effort to broaden its reach around the region,” he said.

On Wednesday, IS claimed responsibility for an attack on the National Bardo Museum in the Tunisian capital in which 20 tourists and one policeman were killed. It was the group’s first attack in Tunisia, which despite isolated Islamist violence since 2011 had been spared the chaos of the aftermath of the Arab Spring.

Just two days later, its suicide bombers struck in Yemen, killing 142 people in mosques in a country already on the brink of civil war and where IS’s jihadist rival, al-Qaeda, is well-established.

According to Mathieu Guidere, professor of Islamic studies at the University of Toulouse in France, such attacks show IS is “capable of striking anywhere and at any time, as it has supporters everywhere, ready to die in order to achieve its objectives”.

“These attacks are simultaneously a show of force and a message to the international community that IS has become a global player,” he said.

But the image of invincibility that IS tries so hard to project is starting to fade.

In northern Iraq, IS has been chased out of a number of areas over the past few months and Tikrit, one of its major bastions, is under major assault by Iraqi armed forces.

In northeast Syria, the group suffered a resounding setback when Kurdish forces supported by US air strikes pushed it out of Kobane and several surrounding areas on the border with Turkey.

For the first time, Kurdish fighters have begun advancing on the Islamic State group’s main stronghold in the northern Syrian province of Raqa. IS jihadists have also been beaten back by rebel forces outside Damascus and by regime forces to the east in Deir Ezzor.

These defeats have cost the jihadists more than just territory. The battles have killed thousands of IS fighters, and air strikes have targeted lucrative oilfields that had been an important source of its funding.

Now, under pressure from the West, Turkey is tightening control of its border in a bid to stem the flow of jihadists into Syria.

Ankara says it has detained and deported hundreds of potential fighters. Faced with these setbacks, IS launched spectacular attacks in Tunisia and Yemen to cast its ‘caliphate’ in a more favourable light.

“There’s certainly a sense that they are compensating for the defeats they suffered in Iraq and Syria,” said Thomas Pierret, an expert in contemporary Islam at the University of Edinburgh.

“If there is an expansion, it’s of IS’s terrorist activities more than IS’s caliphate.”

In Yemen, the group is “trying to religiously outdo al-Qaeda in the Arabian Peninsula” by attacking Houthi Shiite establishments.

The attackers in Tunis may have been trained in Libya, as Tunisia said, but other attacks could be locally planned and carried out, Berger said.

What was certain, he said, was that IS was focused on showing signs of expansion beyond Iraq and Syria and “on providing a new headline every week”.