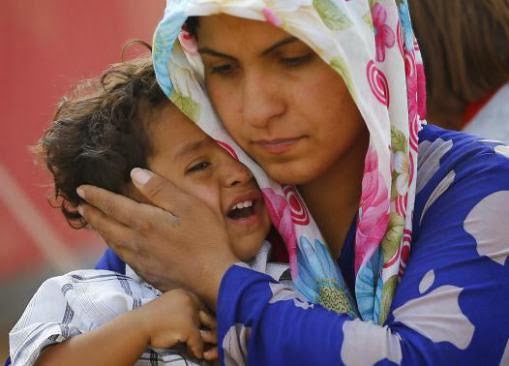 The Islamic State (ISIS/ISIL) in Syria killed 54 Kurdish civilians, including 35 women and children, as they celebrated the Kurdish new year’s eve, a monitor group reports.

Suicide bombers killed the civilians and wounded many others in the mainly Kurdish city of Hasakhh in northeastern Syria as they celebrated the eve of Nowruz, according to the latest death toll from the U.K.-based Syrian Observatory for Human Rights. The death toll may increase due to serious injuries, notes the Observatory.

Nowruz refers to the Persian New Year, which began on March 21.

Citing state media, Al Jazeera reported on March 21 that there were two car bombs involved in the attack, which also left 70 Kurds injured.

Backed by U.S.-led airstrikes, Kurdish security forces have been battling ISIS on the ground.

The Observatory blamed ISIS for the attack, and Redur Xelil, a spokesman for the security forces of the Kurdish People’s Protection Units (YPG) in northeastern Syria, also accused ISIS of carrying out the attack, reports Al Jazeera.

YPG fighters were killed, as well.

On March 21, Ekrem Hass, an official in northeastern Syria’s Kurdish region who also blamed ISIS for the heinous attack, told the Associated Press that hospitals in Hasakah were “flooded with casualties,” adding that “Kurdish forces are on high alert in much of northern Syria for fear of more attacks.”

The Observatory also reported that on March 20, ISIS killed 70 members of the Bashar al-Assad regime forces.

ISIS is fighting the Kurds and the Assad troops at the same time in Syria.