You are here: Home / Senza categoria / Boko Haram are planning to attack towns and villages before launching a major offensive against the capital city 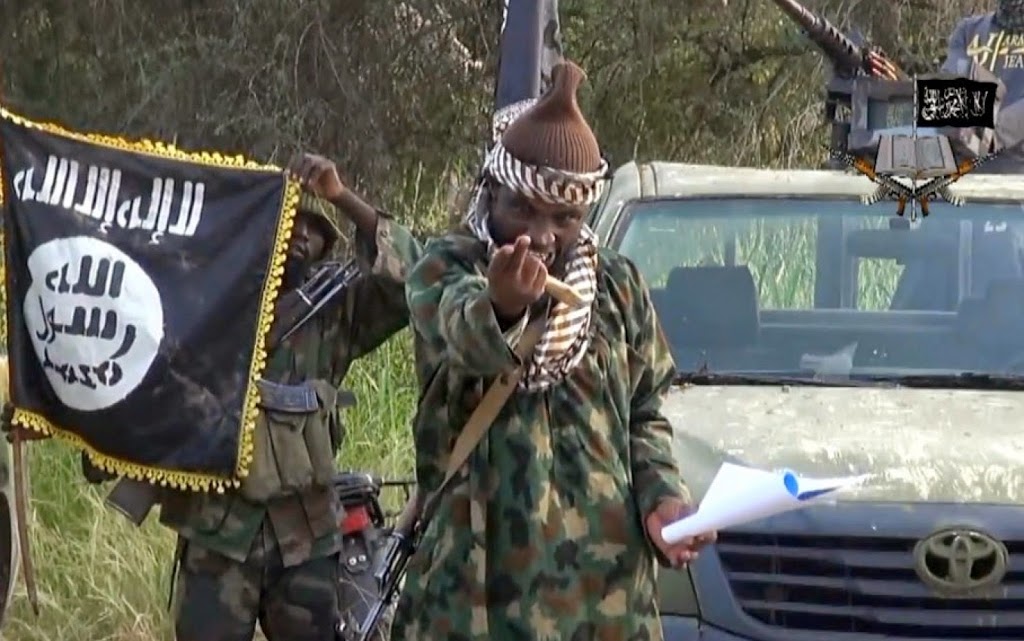 Fleeing residents of Monguno, another Borno State’s town that was seized by Boko Haram terrorists on Saturday have said that the insurgents are planning to attack towns and villages around Maiduguri before launching a major offensive against the capital city.

One of the fleeing residents and an Internally Displaced Person (IDP), Aisha Ba’malum, stated this when she arrived in Maiduguri yesterday. Aisha, mother of three children, managed to arrive in Maiduguri after running in the bush for two days.

Aisha and other IDPs informed LEADERSHIP at the outskirts of Maiduguri along Monguno Road that the Boko Haram terrorists would only spare aged men and women and kill males ranging between ages of 45 and 15 years, while girls that attain the age of puberty would be forcefully taken away.

She said, “When they were shooting and killing people in Monguno, they told us to inform our husbands that they were only fleeing to their big grave called Maiduguri and by the time they forced all of us into the city, they said they would then attack the town en mass.

“They have killed so many men that was why most of our husbands had to flee and leave us behind because in most cases they don’t touch women and our children. Any woman who probably dies may have been killed by stray bullet or exhaustion while running.

“But many men and young men from the ages of 15 were killed in the town while fleeing in the bush. Many soldiers were also killed, we saw them with their uniforms. They took many of our young girls of puberty age as well as some young women who were married too”.

A teacher and local politician in Monguno, Girgiri Muhammed, said some members of the Boko Haram gunmen were heard saying that, “since your President Goodluck Jonathan came to Maiduguri and escaped our attack, we would deal with you his servants before we will finish those in Maiduguri”.

A security official in Maiduguri who sought anonymity because he was not authorised to speak on the matter, told LEADERSHIP last night that should the Boko Haram take possession of the artillery and other long range arms, Maiduguri and its residents may be attacked.

He said, “There is urgent need for a counter offensive against Boko Haram members now than ever before; because the barracks they have taken in Monguno is a whole brigade where there are various sizes and shapes of weapons including artillery guns which has the capacity of firing for hundreds of kilometres.

If Boko Haram wants to attack Maiduguri, they may not necessarily even enter Maiduguri town before they could do that; that is why some of us who understand this keep saying that the worst that could happen is the fall of Monguno barracks”