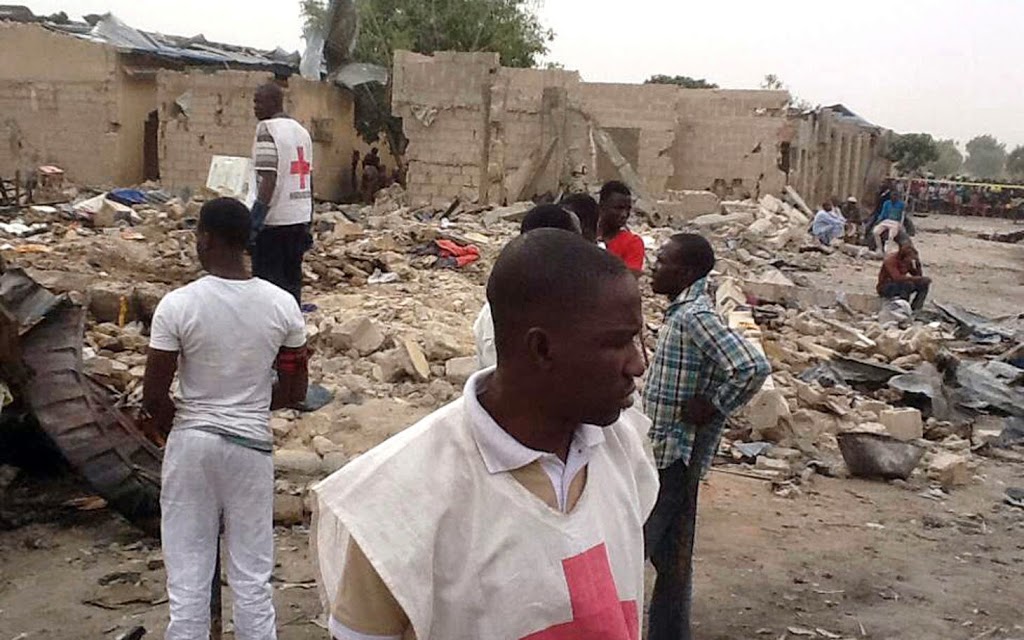 Boko Haram militants warned residents of Baga ‘‘almost two months ago’’ that they would come there to attack troops and local militias before their Jan. 3 raid on the town, the London-based group said in a statement, citing an unidentified military official.

Boko Haram told locals the next target would be Monguno and the military was informed, Amnesty said. Boko Haram captured Monguno, 35 miles south of Baga, on Sunday, according to militia member Hassan Ibrahim.

‘‘It is clear from this evidence that Nigeria’s military leadership woefully and repeatedly failed in their duty to protect civilians of Baga and Monguno despite repeated warnings about an impending threat posed by Boko Haram,’’ Netsanet Belay, Amnesty’s Africa director, said in the statement. ‘‘These attacks are an urgent wake-up call for the Nigerian leadership, the African Union and the international community.’’

On Sunday, it also made a failed attempt to take Maiduguri, the capital of Borno state.
About 5,000 people fled Monguno to seek refuge in Maiduguri, Abdulkadir Ibrahim, a spokesman for National Emergency Management Agency, said on Monday.

Varying casualty figures have emerged since those attacks. Amnesty said the raids on Baga and Monguno alone ‘‘claimed hundreds of lives.’’ The military has said initial evidence shows no more than 150 people were killed in the violence around Baga.