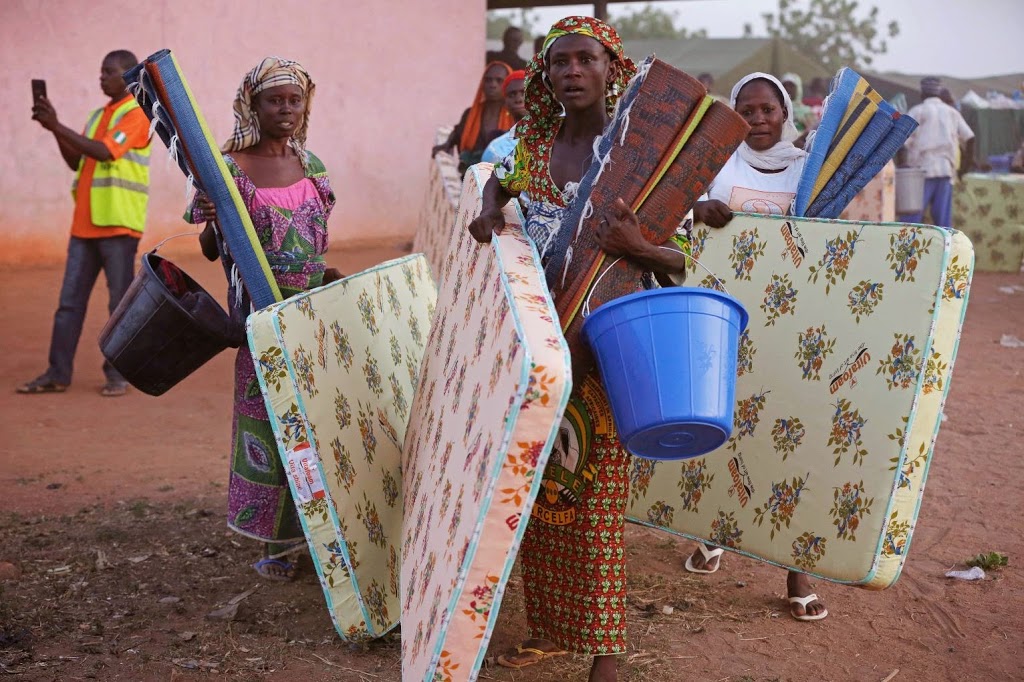 Islamic extremists are rampaging through villages in northeastern Nigeria, killing, burning and looting with no troops protecting civilians, fleeing villagers said Wednesday.
More than 40 people have been killed in seven villages in Adamawa state this week, according to resident Emmanuel Kwache.
“They slaughtered people like rams and they burned down our houses after looting food,” Kwache said. “There’s no presence of troops, some residents are hiding on top of hills, while those that could not run were abducted, particularly youths and women.”
State legislator Adamu Kamale said he has appealed in vain for troops since the attacks began on Friday. On Monday the militants moved into Michika town, he said.
In Maiduguri, capital of Borno state and some 200 kilometers (125 miles) north of Michika, people fleeing other Boko Haram attacks say the militants warned they are preparing to massacre them in Maiduguri and that “there will be no mercy.”
Maiduguri is the biggest city in the northeast where troops repelled a daring offensive by hundreds of militants Sunday. Boko Haram attacked Maiduguri at three entry points and at least 200 combatants were killed in prolonged gun battles, according to residents and security forces.
“They kept saying … we can all run into the big grave they are preparing for us in Maiduguri”, said Aishatu Ba’malum, who fled from Monguno, a northeast town taken Sunday by militants.
Maiduguri’s population of 2 million has been swollen by about 200,000 refugees who have fled Boko Haram in the surrounding countryside. Four roads lead to Maiduguri and Boko Haram already controls access to three. The militants are believed to be attacking the fourth road leading to the northern city of Kano, according to residents too scared to leave though they fear an imminent attack.
Cars and truckloads of refugees continue to arrive. One station wagon was crammed full of passengers, with men’s feet sticking out the trunk, a prayer mat poking out of one window and a dozen live chickens tied to the roof.
The attacks were not unexpected. On Jan. 3 the militants seized the strategic military base and town of Baga, on the border with Cameroon, leaving the road open to Maiduguri.
Amnesty International said Wednesday it has evidence the Nigerian military was repeatedly warned of the impending attacks on Baga and Monguno, and failed to take adequate action to protect civilians.
Community leader Hussain Monguno told The Associated Press at the time of the attack that he had warned authorities and the U.S. Embassy days before that senior Boko Haram fighters were massing to attack Baga.
The extremists who denounce democracy are increasing attacks as Nigeria prepares for Feb. 14 elections. Some 10,000 people died in the 5-year insurgency in the past year.
Source:  hosted.ap.org