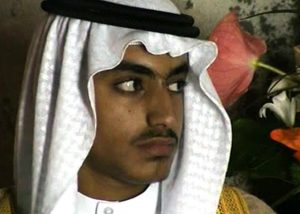 As the Islamic State is driven out of its former strongholds, a U.N. panel is warning that the next big terror threat in the region could come, once again, from Al Qaeda — led by the son of Usama bin Laden, like reported by foxnews.com.

The report by U.N. experts, delivered to the Security Council and released this week, included startling findings about both terror networks. The report found that while ISIS had been defeated militarily in Iraq and most of Syria, it had rallied in early 2018 and still had approximately 20,000-30,000 members in the two countries.

The U.S.-led coalition in the region racked up numerous military wins against the group in 2017 and helped reduce its territory to mere pockets of Syria. At the State of the Union address this year, President Trump declared victory: “I’m proud to report that the coalition to defeat ISIS has liberated very close to 100 percent of the territory just recently held by these killers in Iraq and in Syria.”

The U.N. report found ISIS, though, is in the process of moving from “a proto-State network to a covert network” that continues to threaten other countries, and its leadership is still in tact, under Abu Bakr Al-Baghdadi.

Yet the report also raised significant concerns about Al Qaeda, which fell into the background amid the international attention on ISIS and its brutal tactics, particularly after the death of Usama bin Laden in 2011.

The report found that Al Qaeda is still a global network showing resilience, and it is stronger than ISIS in places like Somalia, Yemen and South Asia — and its leadership in Iran has grown more prominent.

Earlier this month, The Guardian reported that the 29-year-old Hamza, who has said he wants to avenge his father, is believed to have married the daughter of Mohammed Atta — the Egyptian national who hijacked and flew the first plane into the World Trade Center on Sept. 11, 2001.

While the U.N. said there is little evidence as yet of a direct global threat from Al Qaeda, “improved leadership and enhanced communication will probably increase the threat over time, as will any rise in the tendency, already visible in some regions, of ISIL supporters to join Al Qaeda.”

The report comes amid growing international concern about the civil war in Yemen between the Saudi-led coalition and the Iran-backed Houthis. Al Qaeda in the Arab Peninsula (AQAP) has gained a foothold in the south of the wartorn country amid the chaos in the country.

This month, an Associated Press investigation found that the Saudi-led coalition has been cutting secret deals with Al Qaeda fighters, paying some to leave cities and towns, allowing others to retreat with weapons and cash. Others were recruited to join the coalition. Participants in those agreement said the U.S. was aware of the arrangements and held off on drone strikes.

U.N. Special Envoy to Yemen Martin Griffiths has invited both sides of the conflict to meet in Geneva for talks in September.