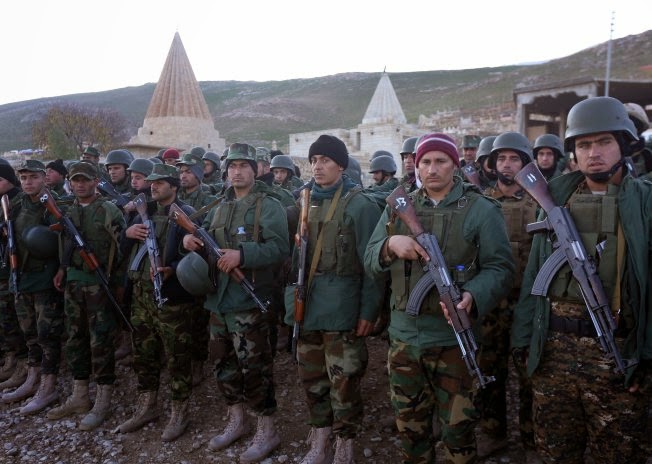 Representatives of Arabs in the Kirkuk province have announced the formation of a defence force. The force will support the Peshmerga against Islamic State (IS) militants and liberate southern areas of Kirkuk.

Mohammed Khalil Jibburi, an Arab member of the Kirkuk Provincial Council, told BasNews, “Volunteer fighters from Arab tribes have created a force in order to clear insurgents from their land.”

“The tribes of Jibburi, Oveidi, Albuhamdan among others from Hawija area have decided to create a force so their sons can protect areas that are majority Arab and free those that are controlled by IS,” said Jibburi.

Sheikh Muslih Hamdani of the Albuhamdan tribe spoke to BasNews. “The force will fight hand in hand with the Peshmerga and participate in operations to free areas in southwestern Kirkuk.”

“The force will be armed by the Iraqi Defense Ministry. The ministry has agreed to this condition and the formation of the force,” said Hamdani.

“The force is waiting for the command of senior officers to start the operation to free Hawija and other areas,” added Hamdani.

In a meeting with Iraqi Prime Minister Haidar Abadi last week, Kirkuk Governor Najmadin Karim suggested that Arab tribal militia protect and free their own areas, as part of the Peshmerga.

Most of the residents in southern Kirkuk are ethnically Arab and have been living under IS for more than six months. The areas include Hawija, Abasi, Zab, Riyaz, Rashad and other villages near Hawija.

Officials and citizens of Kirkuk agree that the Peshmerga must stay in the city, especially since the Iraqi army deserted in June.

Turkmen in Kirkuk province recently asked the federal government to arm them.

They told Baghdad that if the government does not arm them, they will call on the international community to do so.

The diverse province of Kirkuk is home to Kurds, Arab, Turkmen and Assyrians.

It has, for a long time, been disputed between the Kurdistan Region and federal Iraq.
Source BasNews