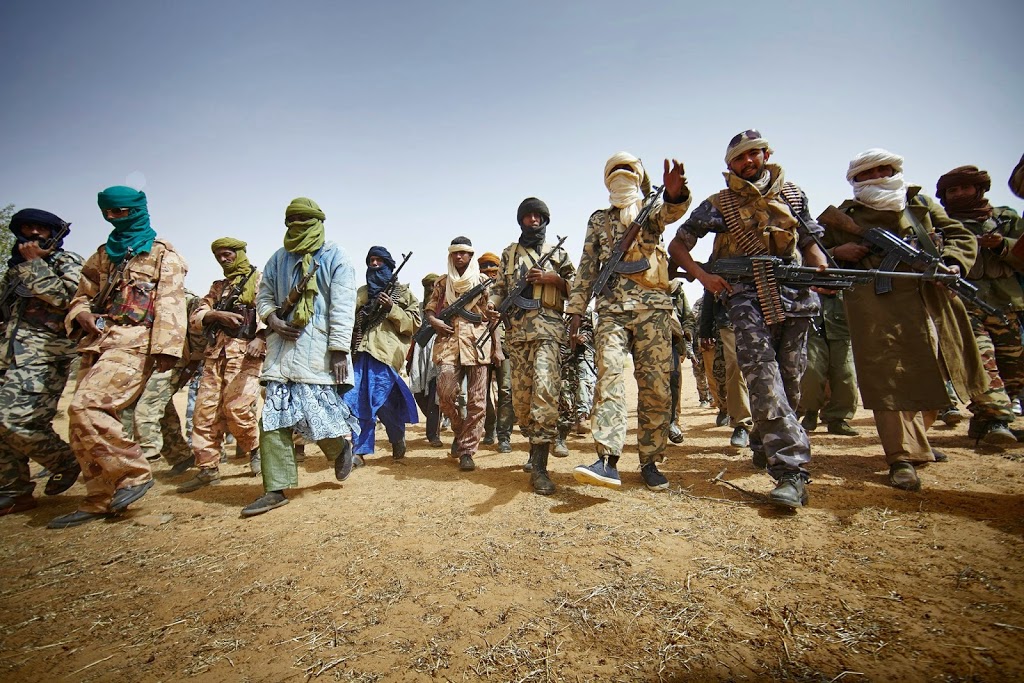 The Malian government signed a peace agreement with some northern armed groups on Sunday in Algiers but the main Tuareg rebel alliance asked for more time to consult its grassroots.

The deal, hammered out in eight months of tough negotiations in neighbouring Algeria, provides for the transfer of a raft of powers from Bamako to the north, an area the size of Texas that the rebels refer to as ‘Azawad’. Militants linked to Al-Qaeda seized control of northern Mali for more than nine months until a French-led military intervention in 2013 that partly drove them from the region.

Jihadist groups were not invited to the Algiers talks. The Tuareg rebel alliance that includes the National Movement for the Liberation of Azawad said it had asked for a ‘reasonable delay’ for consultations before signing.

‘An agreement that has not been shared with the people of the region has little chance of being implemented on the ground,’ an alliance representative said.

But Algerian Foreign Minister Ramtane Lamamra expressed optimism that the rebel alliance would sign soon. ‘The agreement will be signed by all the groups,’ he said. The delay sought by the Tuareg alliance was merely an indication of their ‘desire to secure the maximum support for the deal.’ Mali’s former colonial ruler France welcomed the agreement and called on all groups to sign it without delay.

‘The agreement finalised this morning in Algiers is an excellent development,’ Foreign Minister Laurent Fabius said, describing it as ‘a balanced and beneficial document for the country and the region’. ‘I salute the decision of the president and the Malian government to sign it and call on all groups in the north to do so without delay,’ he added.

A spokesman for the groups that did sign hailed the agreement as ‘an essential document for restoring peace and reconciliation’. ‘We have undertaken to respect the spirit and the letter of it,’ Harouna Toureh said. ‘We will do all we can so that the agreement comes to life and allows all the peoples of the region to rediscover one and another and live together, as they did in the past, in brotherhood and solidarity.’

Ethnic divisions run deep in the northern desert, the cradle of a Tuareg separatist movement which has spawned several rebellions since the 1960s. The 30-page ‘Agreement for Peace and Reconciliation in Mali from the Algiers Process’ calls for ‘reconstruction of the country’s national unity’ in a manner that ‘respects its territorial integrity and takes account of its ethnic and cultural diversity’.

In deference to the concerns of the Malian government about separatism, it does not use the word autonomy in setting out the powers the region will enjoy. It proposes the creation of powerful elected regional assemblies led by a directly elected president, as well as ‘greater representation of the northern populations in national institutions’. From 2018 the government will set up a ‘mechanism to transfer 30 percent of budget revenues from the state to local authorities… with particular attention to the North’.

Militants are to be integrated into the Malian army to be redeployed in the north of the country, with joint patrols to start within two months of the deal being signed. An international commission of inquiry is to be tasked with investigating allegations of war crimes, crimes against humanity, and other serious violations of human rights committed in the Mali conflict.

Political scientist Rachid Tlemcani told AFP the accord would be ‘a great victory of Algerian diplomacy’ if it succeeds, but remained ‘sceptical’ that it would resolve the root causes of the conflict.