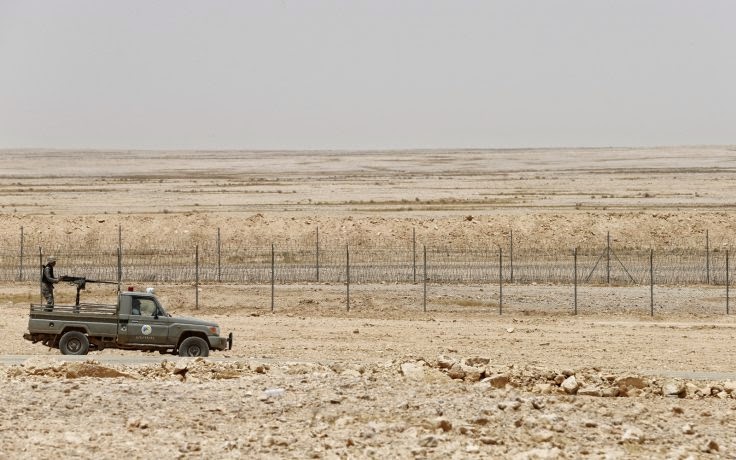 Islamic State (Isis) supporters on social media are hailing dozens of IS militants who have allegedly infiltrated a Saudi Arabian border town via Iraq.

Saudi intelligence services are reportedly on the search for the IS militants after an anti-government Saudi Twitter user, known as ‘mujtahidd’, tweeted to his 1.2m followers that an attack was launched on border guards.

The Twitter user also claimed IS militants have reached the Saudi town of Rafha.

Neither IS nor the Saudi officials have released an official confirmation on the border infiltration though comments were being exchanged back and forth on social media between IS supporters and Saudi citizens using hashtag #Rafha.

Social media was also abuzz with pictures of the alleged Saudi border checkpoint that was captured by IS militants.

“You have people in Saudi Arabia saying ‘be careful with this, it’s just a rumour, it’s just the Islamic State trying to destabilise the Kingdom,'”said Winter.

“They will always exaggerate, but I have not seen something like this completely pulled out of the bag before.
“In the wake of King Abdullah’s death, it would make sense for IS to try and destabilise them in this way, whether it was an incursion or whether it was just by disseminating rumours to scare people.”

Meanwhile, Saudi Arabia is in the process of building a 600-mile-long ‘Great Wall’ along its northern border with Iraq to shield itself from IS.

Construction of the wall started in September last year with the Saudi-Iraq border now featuring five layers of fencing with watchtowers, night-vision cameras, and radar.

On the other side of the wall lies the predominant IS-occupied Iraq territory.

IS has said that their ultimate victory will be conquering Muslim holy cities, Mecca and Medina, in Saudi Arabia.