You are here: Home / Senza categoria / Taliban claims their infiltrator killed 3 US contractors at Kabul airport 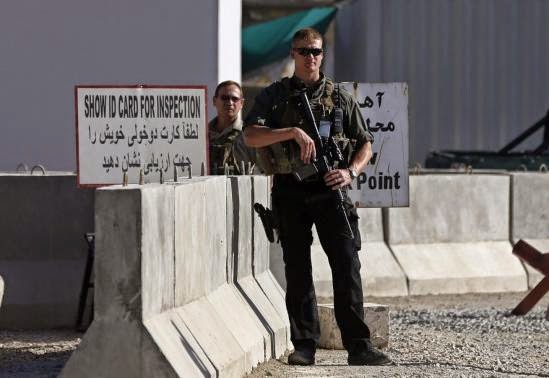 The Taliban militants group in Afghanistan claimed responsibility behind an insider attack in kabul airport which left at least three coalition contractors dead.

Taliban group spokesman Zabiullah claimed that the assailant was an infiltrator of the Taliban group who was named as Ihsanullah son of Rahmatullah and a resident of Laghman province.
Mujahid said the attack was carried out at 9 pm local time on Thursday night. However, the coalition forces in Afghanistan said the incident took place around 6:40 pm on Thursday evening.
“We can confirm that there was a shooting incident at North Kabul International Airport complex 29 January at approximately 6:40pm. Three coalition contractors were killed as was an Afghan local national,” coalition forces said in a statement.
No further details have been regarding the identitities of the deceased individuals with coalition forces saying the incident is under investigation and further information will be released as available and appropriate.
The Afghan security officials have not commented regarding the incident and identity of the assailant gunman so far.
Source:  khaama